Kai Thybro Nielsen, a colorful member and staunch supporter of the Danish community in Kuala Lumpur passed away on 26 May 2015. The funeral took place on 4 June i Gladsaxe Kirke north of Copenhagen, Denmark.

Kai was only 25 years old when he got his first job overseas. The job was at a furniture factory in Nigeria. This was back in 1959 – Kai was born in May 1936!

In the 60’s he worked first in Congo, then as a trade officer at the Danish embassy in Manila, and finally for four years back in Denmark as Sales & Marketing Director for Carmen Curlers, one of the Danish business boom companies of that decade.

Then he got into the travel industry and that way he came back to the Philippines. Soon he got involved in a rattan furniture business there. It was during these years, that he was among the creators of the Balut game. How that came about, he told Danish artist Charlotte Donvang in an article in ScandAsia in 2006 entitled: “The man with many lives”

A car accident in the early 1970’s put Kai to bed for eight months. When he recovered, he moved to Penang in Malaysia where he worked with producing furniture for the next 15 years, often with famous Nordic designer brands.

Now in his 50’s Kai Thybro Nielsen suddenly found out that he could sell old period furniture from Denmark cheaper than producing it himself, and so he set up the used furniture business “Marskandiser” – which in Danish means a merchant selling all kinds of knick-nack. 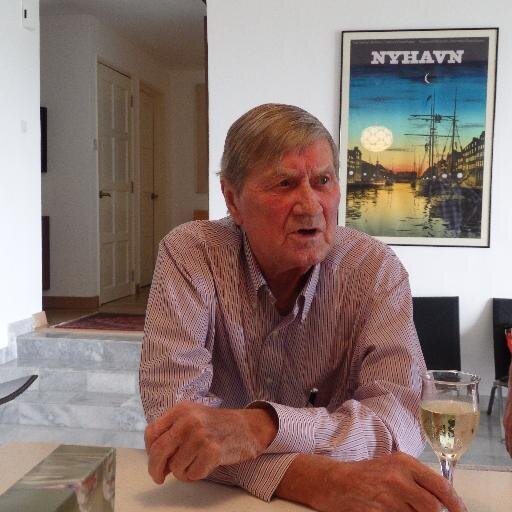 When Charlotte Donvang interviewed Kai in 2006, Marskandiser was still his main business. He had just turned 70 but he was still going strong and a very popular man in the Danish community which he supported in many ways.

Kai Thybro Nielsen had five children, that he often spoke of with pride. That the affection was mutual shows in the announcement in the Danish newspaper of his death, which reads: