Despite being a Thai national who has never been to Denmark, Keerati Thanomsatsana loves the country and speaks Danish fluently.

On the way to see a client one afternoon on the Skytrain in Bangkok, one of ScandAsia’s Danish staff members was approached by a young Thai man who sat next to him.

“Hello sir. How are you? Where are you from?” asked the bubbly young Thai guy. As a nice and friendly gesture, our Danish staff told him he came from Denmark. And to his surprise, the young man started talking to him fluently in Danish. The conversation got on and when he learned that the Dane used to live in Iceland, he started talking to him in Icelandic. As odd as it sounds, he said he had never been to Scandinavia.

An impression of Denmark

Keerati Thanomsatsana, known as Nat, said he first became interested in Denmark when he was in high school. Struggling with his English language subject at school, he remembered there was a group of Westerners living in a house near his home. A brave Nat decided to knock on their door and ask if they could teach him English.

The westerners in the house let him in, telling him they were from Denmark working on a volunteer project in Thailand. It was the first introduction to Denmark for Nat. After some talk with the Danes, Nat wanted to know more about the country.

“I started reading about Denmark. The more I learned about it the more I liked it. And then I decided I wanted to learn Danish language,” says Nat.

Nat went back to the house and asked the Danes to teach him Danish.

“They taught me to speak Danish, started by pronouncing all of their alphabet from A to Z. There were about 4-5 of them teaching me there. I was their only student at the house once a week,” says Nat.

After almost three months, however, the lessons ended as the group of Danes had to move back to their home country. Nevertheless, it didn’t stop Nat from learning the language. He contacted the embassy, went to the second hand book market at Chatuchak searching for Danish language learning materials. He continued to learn Danish by himself.

“After they left, I learned to pronounce Danish words from some websites on the internet by myself. I enjoyed practicing though I didn’t have a chance to speak it with anyone,” says Nat.

Learning the root of Danish language

“I wanted to understand the root of Danish language, and I learned that it came from the Old Norse language which is close to Icelandic. I was lucky the University of Iceland offered an online course teaching Icelandic for free,” says Nat.

While studying his Bachelor’s degree, Nat worked part-time as a waiter at an Indian restaurant in Bangkok. There he met a group of customers who came from the University of Iceland. Well impressed by Nat’s language skills and efforts, they gave him a business card of a professor teaching Icelandic to foreigners. Nat contacted him and later received an envelope with a book and a CD from the professor.

“I was very happy about that. I still have the envelope that he sent to me from Iceland,” Nat says with a big smile.

Apart from the envelope from Iceland, Nat collects Danish books, newspapers, magazines and things he found related to Denmark, including empty packages of Danish candies.

“I collect stuff about Denmark that I can find. In my bedroom I have small Danish flags, given to me by the volunteers, hanging from my ceiling,” says Nat. “I also have a picture of an SAS plane on my wall.”

In fact, Nat used to be a trainee for SAS Airlines’ ground service at Suvarnabhumi Airport for three months when he was a student.

“I took care of Scandinavian customers, gave them directions and so on. It was a short period of time but I was very happy then,” says Nat. “The job made me feel closer to Scandinavians and it made me proud of myself. If I have a chance, I will do it again.”

Nat says that he loves many things about Denmark including the people, culture, Danish summer festivals, Christmas, music and the food. He even learned to cook Danish food at home by himself.

“I have two Danish cook books. I cooked Frikadeller and Kold Dansk Kartoffelsalat at home before,” says Nat. “I also like Danish music. Among my favourite artists are TV2 and Kim Larsen.” 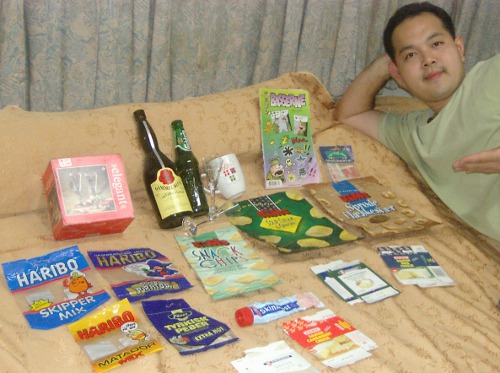 Despite a shaky start in learning English, Nat graduated in Humanities, English major. Now 28, he has been working full-time at Samsung Electro-Mechanics Thailand for two years teaching English to engineers there.

“My English got better when I went to Uni but I still enjoyed looking for opportunities to practice my Danish language. When I travelled to places like Hua Hin I often asked random tourists where they came from. If they said they were from Denmark I would speak Danish to them. A lot of Danes I met were very friendly and happy to talk about their country. Obviously, I still approach random Westerners today,” Nat says with a smile. “That’s also how I practice. One day I hope to speak Danish fluently.”

At the moment, Nat is studying Master of Arts in Communicative English for Careers at Phranakhon Rajabhat University. As part of his course, he is working on a thesis focused on ‘Problems for Thais in learning and speaking Danish’.

“I know it’s not English but I have convinced my professor that it’ll be useful for many people who learn Danish like me. I gather information, look into Danish words and areas that are difficult for Thais to pronounce and learn, figure out why and give recommendations to solve the problems,” says Nat.

“Hopefully, it will complete next year and it should be published. I hope Thai people learning Danish will find it useful,” Nat adds.

Though many differences between Thai and Danish languages make it difficult for many Thais to learn Danish, Nat believes that anyone can be good if they give it enough time and attention.

Although Nat doesn’t get to speak Danish in his daily life, he practices almost every day and hopes that his Danish language skills and love for the country will be useful and bring him luck one day.

“My dream is to travel to Denmark. I also wish to take my mum and dad to see the country I love. I will have my foot in this country one day,” Nat says with determination in his voice. 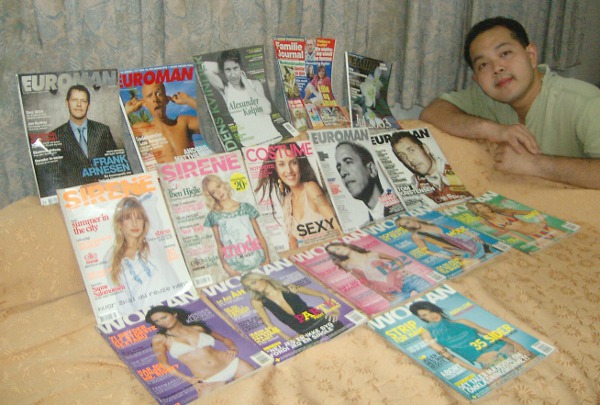 17 Comments on “Love for Denmark”