On 10 July the European Union Chamber of Commerce in China (European Chamber) launched their thematic report: ‘18 months since Davos – How China’s vision became a reform imperative’. 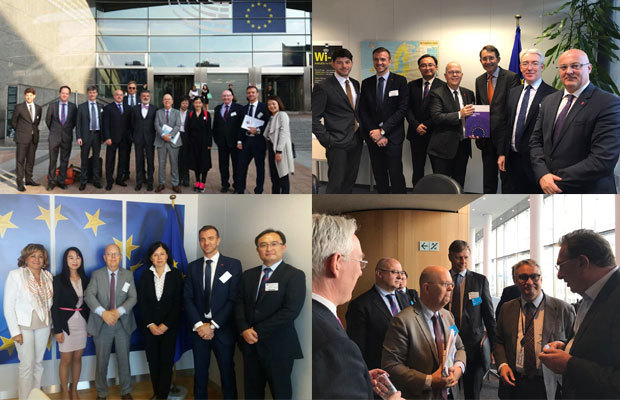 The report analyses the progress and shortcomings of China’s reform agenda since President Xi Jinping spoke at the World Economic Forum in Davos in early 2017. 18 Months Since Davos: How China’s Vision Became a Reform Imperative analyses a year and a half of reform across a wide variety of industries, and examines where tangible results have been seen by European companies in China. It also looks at what the raising of equity caps in selected industries actually means to operations on the ground, as well as which barriers remain or are now more pronounced.

Although the past 18 months has seen more tangible results relative to any other 18-month period since China’s accession to the WTO, in absolute terms the story is quite different. Serious issues like SOE domination, unfair technology transfers and a burdensome regulatory environment detract from the value of progress such as recent of market openings, improvements in the R&D environment and more stringent enforcement of environmental regulations.

The European Chamber is now calling for an absolute approach to implementation of the reform agenda. For China to reach its next stage of development and escape the middle-income trap, an open and competitive business environment underpinned by rule of law must be cultivated. Beyond China’s borders, the global economic system is demanding that China take up its responsibilities as a leading market that is highly dynamic and increasingly on the cutting-edge of innovation, and fulfil the commitments it has made often and prominently. “It is no longer sufficient for China to aim to become more open, more equitable, and better regulated,” said European Chamber President Mats Harborn. “In order to meet the demands of the Chinese economy and to diffuse rapidly-rising global tensions, China must shift to an absolute perspective that results in China simply becoming an open, equitable and well-regulated place to do businesses.”

The non-profit, European Union Chamber of Commerce in China (European Chamber) was founded in 2000 by 51 member companies that shared a goal of establishing a common voice for the various business sectors of the European Union and European businesses operating in China.