On May 17 of every year, Norwegians from all around the world will gather together and celebrate Norwegian Constitutional Day, the day they got their freedom from Denmark since 1814.

This year, Norwegian expats in Thailand jointly celebrated one of the most meaningful days of their homeland at Royal Norwegian Embassy residence located at Sukhumvit, Bangkok on May 17, 2019.

The venue was decorated with Norwegian flags and attended by about 100 guests both Thai and Norwegian who came to the event with their families, spouses and friends.

Among the attendees were Finnish Ambassador Satu Suikkari-Klevenand accompanied by her husband and their daughter.

At the celebration, the opening speech was delivered by a member of the 17 May Committee of Nordmannsforbundet Odd Asle Johannessen who shared his memories of the May 17 celebration and underlined the importance of this day.

Kjersti Rødsmoen, Norway’s Ambassador to Thailand also gave her speech to welcome all participants and thanks the staffs who worked their best for this event.

The Ambassador then led the assembly in singing the Norwegian national anthem, “Ja, vi elsker dette landet” and started the traditional parade. Walking up and down the road in Sukhuvit 38 Alley, the guests were swinging their flags along with the marching song performed by Official Big Band from Royal Thai Army Band Department. It can be clearly seen that most of the participants chose not to dress in traditional costume due to the dangerously hot weather of Thailand. 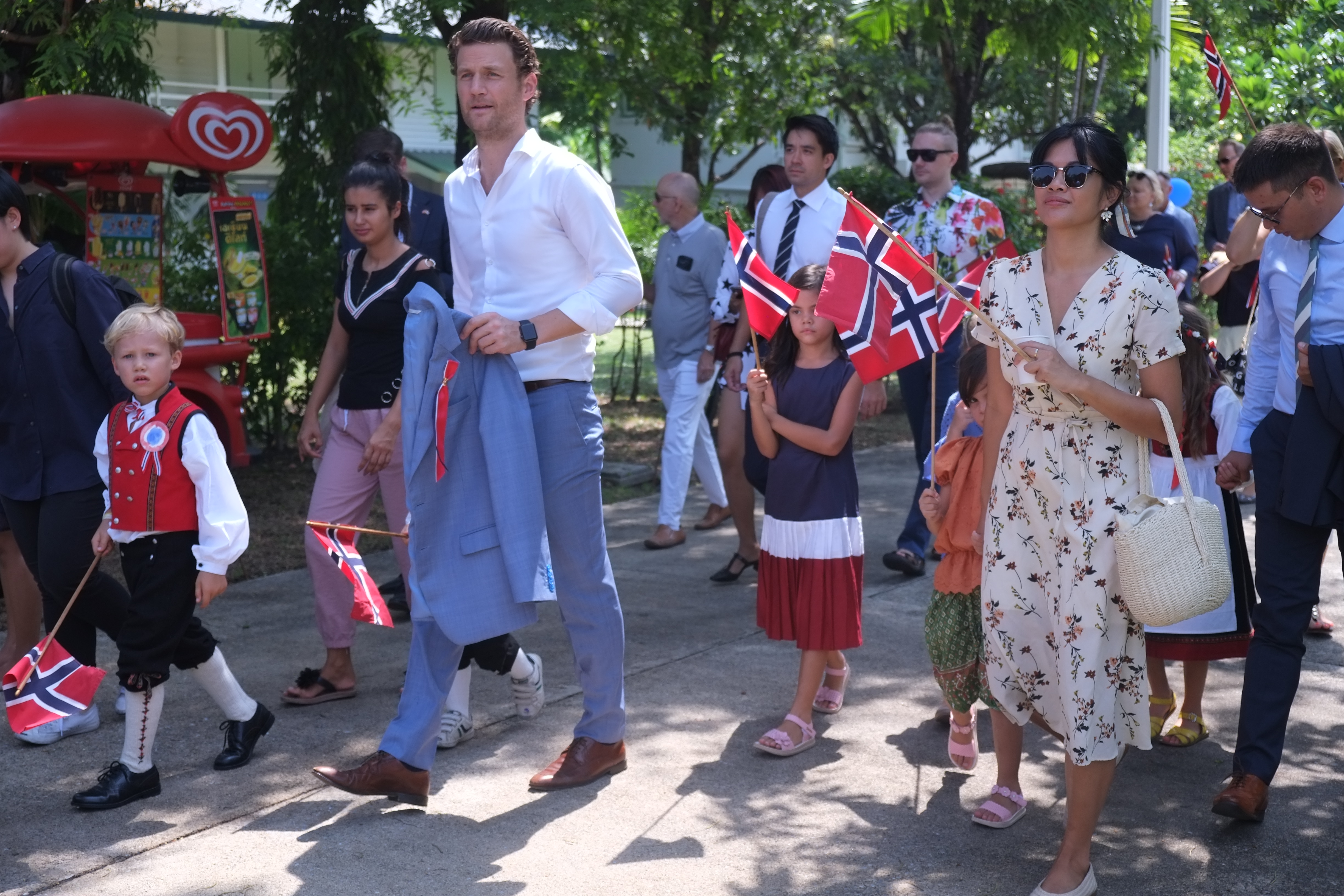 Norwegian National Day’s celebration was all about the children because it consisted not only the children’s parade and games but also a platform for the children to express thier voices regarding current issue around the world.

The youth speaker for the 2019 celebration was Ida Suikkari-Kleven, daughter of the Finnish Ambassador. She gave a speech concerning environmental pollutions in worldwide and highlighting the power of youth in finding the solution of this matter.