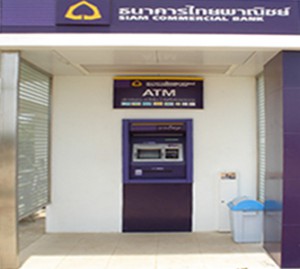 Pol Lt Kwanchai Namkanisorn said the man, identified as Finn Helge Heggem, was incoherent and smelled of alcohol when police arrived at the Siam Commercial Bank ATM in front of a convenience store.

Eyewitnesses, including a food vendor, told police they saw Heggem sitting on a step near the ATM, where he had been drinking whiskey from the bottle for a few hours before hearing loud noise around 8 pm on January 24.

The witnesses said they looked and saw Heggem in front of the damaged cash machine, and reported the incident to police.

Police said Heggem denied causing damage to the ATM and that the machine was already damaged when he found it. But investigators checked footage from security cameras in the area and found that the cash machine was damaged by Heggem.

Heggem was charged with public intoxication and causing damage to other’s property.