The announcement came at a press conference at the space agency NASA headquarters in Washington on July 31. 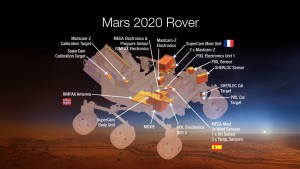 FFI instrument was one of seven proposals which were selected to equip the spacecraft. Totally, 58 submissions were made from all over the world – twice as many as in previous NASA competitions. FFI radar was one of two non-US contributions that have been accepted.

– It gives an indication of the huge international interest in exploring the planet Mars. It also says something about radar technology we develop at FFI is absolutely world class, says John Mikal Størdal.