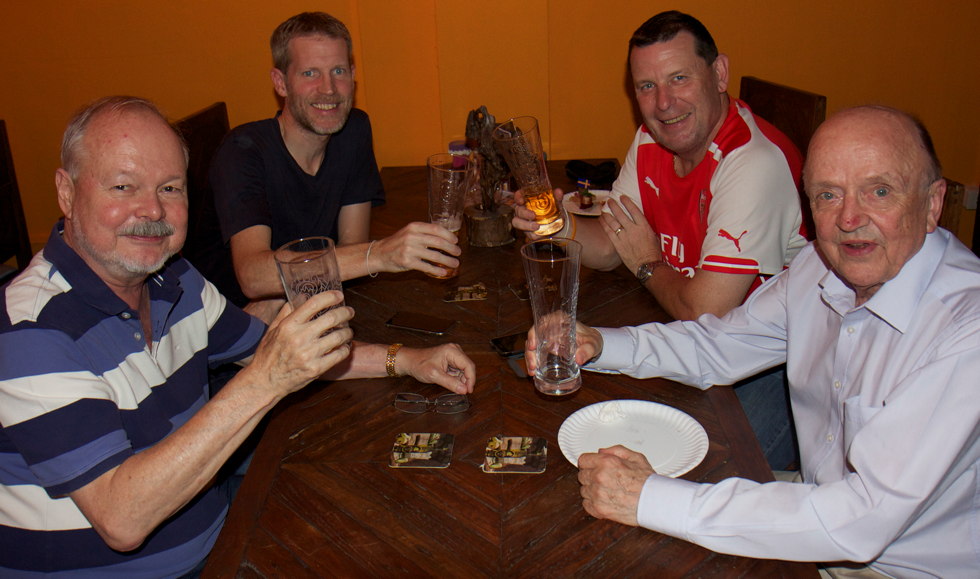 Walking down Sukhumvit Soi 18 in Bangkok, you will find a small open building. To enter, you must cross a little wooden gangway with rope as handles. Once you have crossed it, you will go on board a little Swedish restaurant with a warm atmosphere and welcoming staff. The restaurant is called Restaurant Cajutan, and it has been there since the beginning of September 2016. 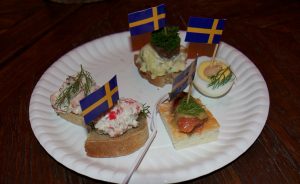 On Saturday 10 September 2016, blue and yellow balloons were hanging outside the little, Swedish restaurant. They were hanging there because Cajutan held their great opening in Bangkok that night. Zdeni and Björn Claesson, the owners of Cajutan, had invited everyone to celebrate the opening of their new restaurant with welcoming drinks and a buffet of traditional Swedish food. The manager of Cajutan in Bangkok, Patrich Andersson, explains that the opening of the restaurant actually happened because of the need of a bigger kitchen for the production of foods for the Cajutan food shop.

“But once the owners had bought the building, they thought; now that we have extra space, why not open another restaurant? And so, they did,” says Patrich Andersson. So from now on, inside the little orange building with the blue and yellow sign, you will find a restaurant and food shop with traditional Swedish foods of all kinds.

Cajutan is the first Swedish restaurant in Bangkok. Patrich Andersson believes that the Swedes living in the Thai capital have been missing such a restaurant. He explains that they have been quite busy since their opening in early September.

“Since the opening, we have had a lot of Swedish guests everyday – Danish, as well,” Mr. Andersson says.

The people behind Cajutan opened their first restaurant in 2003 in Grebbestad on the West Coast of Sweden. The First Cajutan in Thailand opened in Hua Hin in 2008 at Soi 88/1, next to Market Village.

In both the Cajutan restaurants, as well as the food shop, the people behind Cajutan care about everything being made from scratch. That is why, on the opening night of Cajutan in Bangkok, they served different kinds of Swedish delicacies, such as meatballs and the Swedish sausage, falukorv, and they were all made by themselves.

One Comment on “Opening of Swedish restaurant in Bangkok”