In nod to the international café culture, and with some key Swedish flavours added to the menu – including bakery temptations such as Swedish cinnamon bun, chocolate balls and the winter classic ‘semla’ bun – make the skills of a Swedish baker most welcome!

Jeff Oberg from Halmstad, is the man in charge of the group’s bakery team, and, in the process, making these Swedish delicacies known to the Bangkok audience. The ‘mazarin’ has gained great recognition among the Rocket Coffeebar guests. Jeff is from the same Swedish town as two of the founders, the Ben-David and Dannie brothers, where they had met in the early days – working for a restaurant. That is where Jeff worked himself up the ladder from scratch.

“I am self-learned and have attended paid courses. And I earned opportunities to work in kitchens with very skilled chefs and partake and learn; working with chefs from Skåne Kulinar [skanekulinar.se] and learning a lot also from chef Stefan Holmström at restaurant L´ecurie in Falkenberg. Step by step I worked myself up the ladder.”

He was given responsibility over the starters and eventually ended up doing the desserts, which became his niche.

He first arrived to Thailand in the summer of 2012 when they opened the first Rocket on Sathorn road. After 1,5 years he went back home for a break, before returning again.

“I was keen on coming here, without knowing what that actually meant. Because, there is a difference in working culture here and back home in Sweden – about everything! I found that I had to adjust myself a lot in order for things to work.”

“I took time-out to digest what I had experienced. And then, coming back again, I knew what I was heading back into – which also made things much easier. It’s a very different culture; collision on all frontiers!”

“I am responsible for the pastry group, daytime, and the bakery team night time, so I must train pastry, attend meetings with the management team, plus join night time to manage the bakery team, and training how to bake with sourdough. Only now in 2015 have I reached the stage where they are doing it right on all levels and are self-running. So my days are back to being normal.”

On using sourdough: “For me there is a large benefit here in that the bread keeps its humidity much longer. And I think it’s more fun as it is more about craft and being more creative. And also quality-wise, with the tastes coming out better.” 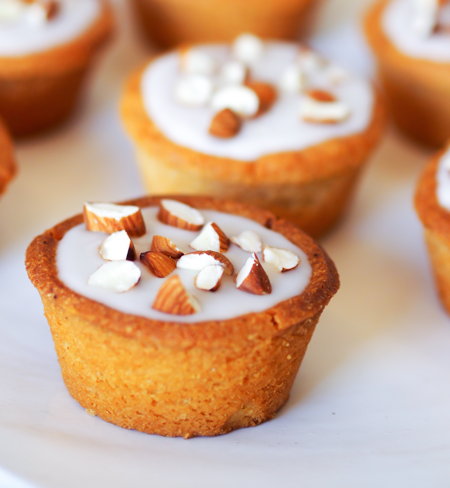 “I like modern things – I want to create things, test things. I can also work with fruits and vegetables in desserts,” he also says.

‘I like to mix – classic but making it in modern style. Take a classic Princess Cake and put on a plate for you so that it looks like a piece of art.”

He thinks certain other cafés that are very popular really aren’t anything special.

“Then I think that why could we not make a dessert with five-star looks but you get to pay a reasonable price for it! It’s about having the willingness, which we have here. We present modern food, or desserts, with straightforward, nice tastes and make people having a wow experience!”

“Of course we strive towards being different – I want to be innovative, while at the same time get all the others to follow. I want to reach that people want strive towards something good, and creating great things, and learn from each other.”