Danish food authorities and the nation’s bakers are debating whether cinnamon, a staple of the Danish pastry and one of the quintessential fragrances of a Christmas kitchen, is good for you or not? 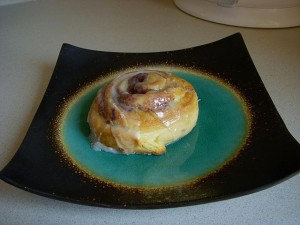 Up until now, cinnamon has enjoyed a reputation as a health-giving super spice with claims that it could help to lower blood sugar, fight bacteria, reduce inflammation and even help to treat polycystic ovary syndrome.

But scientists have now discovered that too much of the most commonly used type of cinnamon, cassia, can cause liver damage thanks to high levels of coumarin, a natural ingredient found in the spice. Experts now recommend a tolerable daily intake (TDI) of 0.1mg of coumarin per kg of body weight per day.

Last month, the Danish food authority ruled that the nation’s famous cinnamon swirls were neither traditional nor seasonal, thus limiting the quantity of cinnamon that bakers are allowed to use, placing the pastry at risk – and sparking a national outcry that could be dubbed the great Danish bake strop.