SEB Private Banking in Asia is on a fast track of growth. Last year was the best year ever but even so, the first six months of 2015 have already outperformed the same period last year.

Fredrik Lager, General Manager of SEB Private Banking, Singapore, says that while Corporate banking makes up the largest part of the SEB group’s business revenue in Asia, the Private Banking side keeps getting bigger and bigger. 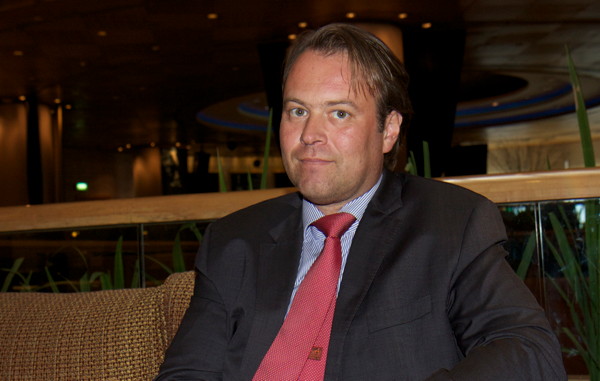 “Our part of the business is doing well. The result of the first six months of 2015 shows that we are already 25 per cent ahead of where we were 2014, which was our best year since the start of our Asian private banking operations in 2005,” says the GM enthusiastically.

This has not gone unnoticed within the SEB Group.

“Whilst keeping costs under control in the bank is a priority, Private Banking in Asia is recognised as a ‘Growth Case’. This is important for us as we are keen on developing our business further,” Fredrik Lager reveals.

But SEB Private Banking’s impressive growth in Asia leaves Fredrik Lager little time to rest on his laurels. Other banks are after the same clients and, perhaps more importantly, IT innovation is moving on fast in terms of developing new and alternative investment services.

Investment advice from computer-based software, based on the individual’s risk profile is an area coming along strongly and this will have a major impact on the future of Private Banking, he believes. “It is going to be a revolution, at least in the more affluent client categories. Private banks will need to update their own web-based or mobile-based offerings, or they risk being surpassed by others.”

In the higher segments of private banking things will stay more traditional though, Fredrik Lager believes.

“High Net Worth clients often have complex structures and as such have a need for someone to properly and actively look after their assets and hopefully grow them at a respectable pace,” he says.

So what kind of advice is he offering them right now?

“Markets have been volatile lately given the recent developments in Greece and China. The most important thing for our private bankers in times like these is to stay close to our clients. Generally speaking most clients are still riding the equity markets wave. It has been a strong run for the last five years but corrections could be in the cards,” Fredrik Lager says.

In order to meet the growing demand for SEB’s private banking business in Asia and to ensure that existing clients continue to receive the best possible service, Fredrik Lager has secured two additional private bankers who are set to join his team in September and November respectively.

“One of the new private bankers joins us in September from our Wealth Division in Oslo. We are keen on expanding our Norwegian offering in Asia and by bringing Alexandra Haudemann-Andersen on board we will be better placed to serve the Norwegian community locally,” Fredrik Lager concludes.