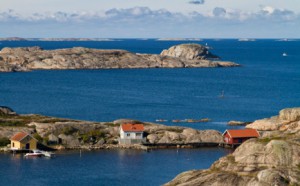 The trend is strongest in July. So far 2478 visa applications has been received, compared to 1020 last year; a 143 percent increase.

“It makes me happy that more Chinese citizens are choosing Sweden as a tourist destination. This also shows that the new fast track service we introduced in cooperation with Visit Sweden for tourist groups earlier this year has had effect”, says Mrs Ljiljana Cvitanovic Juric, second secretary at the Embassy’s migration section.

The new fast track for tourist groups was introduced 1 March this year and allows for a selected number of travel agencies to attain visas for their groups within seven days.

May-August is peak season at the Embassy handling visa applications to visit Sweden. This year’s trend with increasing applicants is expected to continue throughout August.

Source: Embassy of Sweden in China