Swedish Silvent, one of the world’s leading manufacturer of products for compressed air, is continuing its expansion in China, now doubling the number of employees after just three months in the country. The interest for a better working environment in the major production facilities in China and Asia is large, and to meet the demand Silvent increases workforce by four people within sales side, to a total of eight based in China. 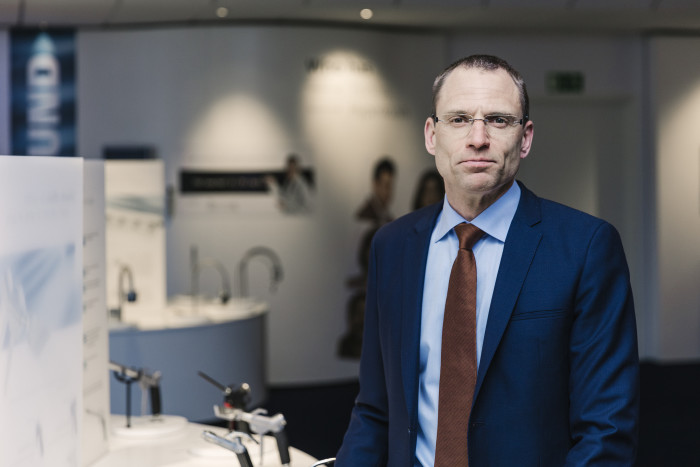 “We have for several years been active in the Asian market through dealers but quickly saw that it required an own organization in place in order to be able to lift properly,” says Anders Erlandsson, CEO of Silvent.

In January 2016 Silvent opened an office and can already say that the interest in the company’s knowledge of the work environment and energy optimization is huge. Many multinational companies have their production in China and the work environment is a red-hot issue, not least from company owners in the United States and Europe.¨

Within three years Silvent expects to once again have at least doubled the number of employees and Anders Erlandsson sees that China will account for at least 30 percent of sales by 2020. By then, the US, European and Chinese markets will be approximately equal in size for Silvent.

“The market in China is huge. Most US and European companies have substantial parts of their production in China and with the will to do the right thing. If there is anything one can do for the work environment, then one does it. Bad publicity around the production is a danger that most companies are aware of and many work hard to ensure that all production is done in a way that is satisfactory based on US and European standards. Therefore, we see Asia, and especially China, as a market that will grow very quickly for us,” says Anders Erlandsson.

Silvent places great emphasis on maintaining and developing the corporate culture that have been built up over many years. Therefore, the company chooses to let as many people as possible from the Swedish office to go to China, partly to spread the Swedish work methods, and partly to create a greater understanding between colleagues.

“It’s amazing to see how we all developed thanks to this exchange. It’s an exciting journey for us to come to China and see how everything works there and it is useful for our employees in China to see how we work at Silvent. We view the Chinese we now have employed as potential managers of the future as we continue to expand in China and Asia,” says Anders Erlandsson.

Silvent assists manufacturing companies with energy optimization and improving the working environment. Silvent is headquartered in Borås, where all research and development takes place. The company has unique expertise in the field of compressed air dynamics. Silvent products and customized solutions for compressed air blowing is used by leading manufacturers and brands worldwide. Today Silvent is represented in nearly 50 countries and had sales in 2015 of about 125 million SEK.