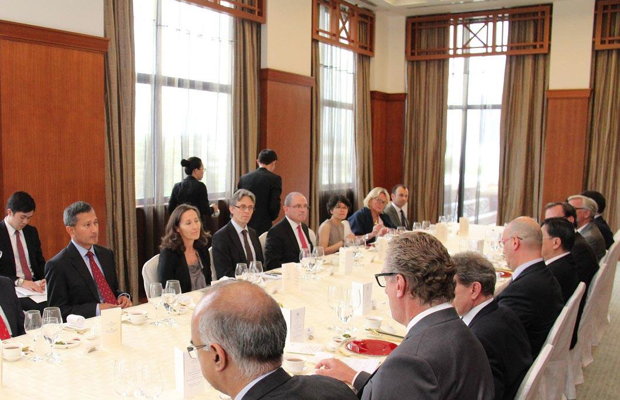 In early November 2015 Singapore’s incumbent Minister for Foreign Affairs, Dr. Vivian Balakrishnan, hosted an introductory lunch to meet the European Heads of Missions in Singapore – one of them being The Danish Ambassador to Singapore, Berit Basse.

Dr. Balakrishnan became Minister for Foreign Affairs shortly after the General Election September 11th 2015, after having served as Minister for the Environment and Water Resources since 2011.