After conducting a thorough analysis to identify the owners of oil palm plantations, 11 companies were found to be in breach of Storebrands sustainability standards. 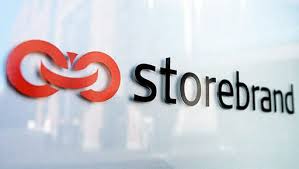 – As a savings and pension provider, we are focused on delivering long-term value to our customers. Climate change is the most comprehensive risk to sustainability, and the protection of forests, especially rainforest, is essential in order to negate the effects of climate change, says Christine Meisingset, head of sustainable investments at Storebrand.

The main driver behind deforestation in tropical regions is often the establishment of new oil palm plantations. Storebrand would rather investment more in the companies that are pushing the industry towards a more sustainable approach

– Unfortunately, there aren’t many such companies. We do hope that initiatives established by the industry and NGO’s, will push the industry towards a higher level of sustainability. Specifically surrounding the process of establishing new oil palm plantations, there needs to be a stricter, more sustainable and robust process, says Mesingset.

Storebrand works systematically by avoiding worst sustainability performers, and by investing more in the most sustainable companies.

– This is a continual process, and one that requires constant innovation – but we will continue to hold a leading position in sustainable investments, says Meisingset.

Through the analysis of 2500 companies, 12 companies were identified as oil palm plantation owners. The companies are diverse and belong to different industries, including food production, industrial production, consumer staples and trading companies.

Storebrand has decided not to exclude one of the twelve plantation owners, Golden Agri-Recources, due to industry leading standards in establishing and operation of plantations. The company is also contributing positively through industry and NGO initiatives.

Storebrands exclusions are valid for all of our in-house funds.

85% of all palm oil production is located in Malaysia and Indonesia. Palm oil is found in food, cosmetics and biofuels to name a few examples. This is an industry that is growing year by year.

An estimated 15-20% of greenhouse gas emissions are due to deforestation of tropical regions. The deforestation process releases large quantities of CO2, and by the establishment of oil palm plantations, peat land is cultivated and also releases trapped carbon.

– In addition to the previously mentioned negative aspects, viable plantation areas can be inhabited and/or used by a local populace, and has been the source of conflict and human rights issues.