IKEA’s store in Xuhui District was forced to remain shut until after noon yesterday after a man threatened to jump from the top of storage racks, the company said in a statement.

The man, who was not identified, climbed the shelves about 9am — an hour before the Caoxi Road outlet opens for customers. 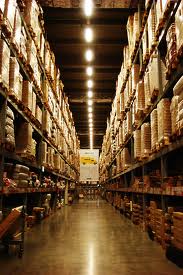 Local police rushed to the area and successfully talked him out from carrying his plan, the Swedish furniture retailer said.

Police said the man was a customer who had disputes with IKEA. He has been taken into custody for questioning. The store reopened at 12:30pm.

“We are sorry for the inconvenience,” the company said, adding that police were investigating the incident.

Police and firefighters were mobilized. The area was condoned off over concerns about public safety.

In an earlier statement, IKEA had claimed that its operation system had broken down. It did not give any other explanation for that.

Customers had earlier told eastday.com that they heard someone inside had threatened to set fire to the store. Police officers were seen carrying fire extinguisher when they stepped out, eastday.com reported.

The Swedish home furnishings giant has three outlets in Shanghai. The Baoshan store, which opened in September, is the biggest IKEA outlet in Asia.