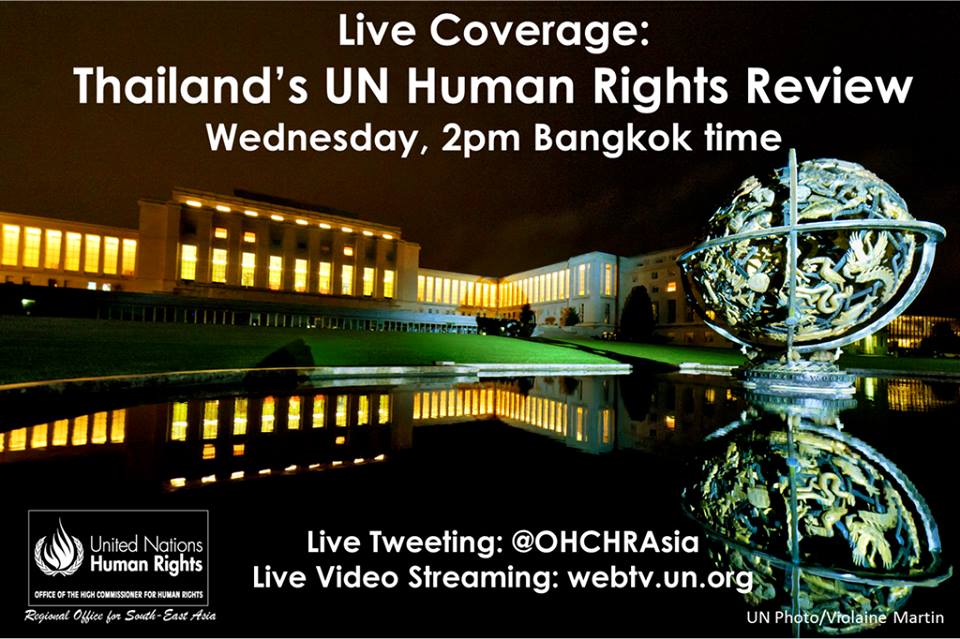 Thailand recently had their run at UN’s Universal Periodic Review (UPR), in popular called the Human Rights-exam. A procedure that all UN-states goes through every fourth year in order for other states to criticize and recommend on the states’ Human Rights standards in the United Nations Human Rights Council in Geneva.

This 11th of May 2016 Thailand had their second circle in Geneva’s hot seat – last was in October 2011. During this second circle Sweden had prepared three strong recommendations for their long-time partner. The recommendations were published on the day for the examination on swedenabroad.com and were delivered by Geneva Ambassador Veronika Bard in the UN Human Rights Council under the 1 minute and 25 seconds time limit.

First recommendations was for Thailand to amend their Computer Crimes Act, so it follows international standards and cannot be used to prosecute cases of alleged defamation, as it has been seen in cases with lese majeste. This was backed by a range of other states.

Secondly Veronika Bard, on behalf of the Swedish Government, urged Thailand to:

“explicitly prohibit in law any form of corporal punishment or other cruel or degrading punishment of children in all settings”, which also had support from several UN-states.

The official statement at swedenabroad.com also included an encouragement for “the government of Thailand to fully cooperate with the UN in Thailand, and to follow through on its standing invitation to all special procedures. Finally, we ask the Thai government to ensure the space for civil society to operate without undue restrictions”.

The recommendations from Sweden and many other UN-states are based on a National Report on the Human Rights situation conducted by the Thai state and shadow reports from different NGO’s – that works as independent information or inspiration for the states.

It’s not custom for States to accept any recommendations on the spot. Normally the representative for the country brings the recommendation home for a further review and publish their final answer months later. The same goes for Thailand.

During the last examination of Human Rights in Thailand in 2011, Sweden also had three recommendations, where’s two were accepted and one was noted.

The recommendations that were accepted back then concerned issues on trafficking and child pornography and “the issue of impunity in certain cases and for certain parts of Thai society”. Sweden’s critic of the freedom of expression issues were noted.