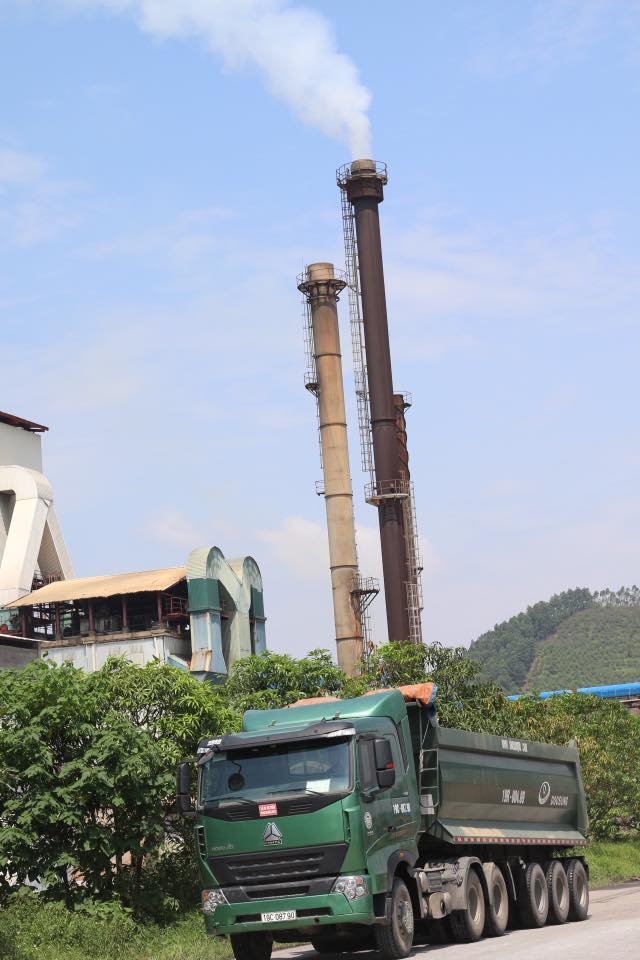 To most Swedes, “Bai Bang” is remembered because of its cost and the lengthy Swedish involvement. Swedish assistance for this one project lasted for a period of 25 years, starting in 1970 when the idea of an integrated pulp and paper mill was first launched, and did not terminate until 1995. The total Swedish contribution was SEK 2.8 billion in current prices making it the largest project – and one of the longest lasting – in the history of Swedish aid. The Swedish–Vietnamese project originated in the solidarity movement, which arose in reaction to the Vietnam War. When construction started in 1975, it was one of the very few, modern process industries of that scale to be built in Vietnam. It was also the first project to be built with Western assistance. Construction took place in the second half of the 1970s,
at a time when Vietnam was trying to recover from the war with the US, while simultaneously heading into another violent conflict in Cambodia. Later, the Bai Bang project, which consisted of an industrial component and a forestry component, was particularly well positioned to take advantage of the opportunities brought by the doi moi economic reforms because it was managed according to market-oriented principles. The new economic environment and the gradual disappearance of supply shortages were a main reason why the factory in the mid-1990s succeeded in producing at full capacity.

The project ran into many technical as well as cultural problems. Yet, the project survived and became sustainable, with important progressive impact on the regional economy in Vietnam and to some extent also on Vietnamese approach to development and reform. All stated objectives for the main project and side projects were met. The mill, under Vietnamese management, is producing paper at maximum capacity and is making a positive contribution to Vietnamese living standards.

Paper and pulp mill
•    The mill is profitable, has low debts, a strong net asset base and pays high wages.
•    Mill management structures and performance are superior to normal Vietnamese practice.
•    Paper production exceeds the design capacity although the pulp mill functions below capacity.

Economic impact
The mill has a substantial impact on the regional economy The mill contributes substantially to local business activities through purchase of local inputs, paper sales for further processing and spending of mill wages by workers and their families. The mill also makes a significant contribution to local infrastructure – by supporting schools, medical facilities and the environment, and the provision of electricity and water, roads and leisure facilities. On-the-job training was provided to thousands of construction workers – many of who took their skills elsewhere in the economy. An effective vocational training school was established.

Bai Bang has been the subject of a great many studies and reports, particularly two in-depth evaluation studies published 1999. The decision to assist Vietnam had been made on political grounds largely unrelated to development considerations. This was Sweden’s first major aid project to a Communist country. Sida had no experience of working in Vietnam and faced the cumbersome bureaucracy of a state socialist system as its counterpart. Communication problems of all kinds were formidable. Unlike in most projects, the agency lacked in-house technical expertise and had to rely entirely on Swedish industry. Building a modern, integrated paper and pulp mill – even a medium-sized one by Northern European standards – was a larger and more complex project than Sida had ever undertaken before. North Vietnam, for its part, lacked economic infrastructure and relevant technical expertise.

In June 1990, the last Swedish adviser packed up and six years later the mill finally reached its designed production capacity.