Last week, Embassy staff participated in the event “iMove against corruption and impunity for poverty reduction” in Svay Rieng. 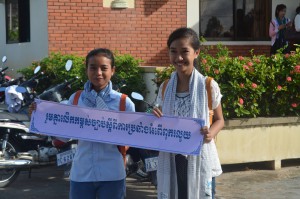 Organised by Transparency International Cambodia, the event included a motorbike/tuk-tuk march through Svay Rieng city. After the march a panel discussion was held where citizens could raise issues of impunity and corruption.

Transparency International Cambodia is funded by Sweden during the period 2012-2015 with an amount of 10,5 million SEK.

Source: Embassy of Sweden in Cambodia