Sweden’s top diplomat in Hong Kong, a 19-year veteran in foreign affairs, has apologised for verbally abusing staff at the exclusive Foreign Correspondents’ Club in Central during a heated argument over a table.

“You are correctly informed that I got upset at my most recent visit to the FCC, for which I am very sorry,” he told the South China Morning Post. “There is never an excuse for being upset, and I regret this deeply. I have the highest regard for the FCC, of which I have been a member for about a year, and this was a highly unfortunate incident.” 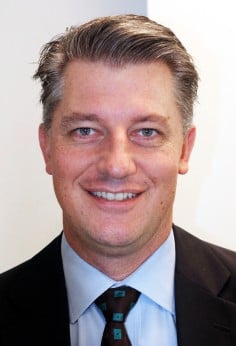 The unruly episode last month has prompted the club to send a memo to members this week to remind them that antics that were acceptable “three or four decades ago” will no longer be tolerated.

The club is preparing new policies that will “stamp out behaviour that crosses the line”.

Halldin lost his temper after he turned up at the club on Lower Albert Road with a group of 12 people, according to several sources at the club.

He demanded a table immediately for all of his guests although it is club policy that tables in the main bar area accommodate no more than eight people.

Witnesses said the career diplomat shouted at staff and hurled insults in a fit of anger before tearing up his membership card and marching out of the club.

In a memo to members this week, FCC president Jitendra Joshi described a recent incident where a man, which the club did not identify, threw a tantrum because he could not get a table.

“He insulted staff during a loud tirade, and cut up his membership card in disgust. To which all we can say is: good riddance,” Joshi wrote.

Asked by the South China Morning Post if the man was still a member, Joshi said: “If you cut up your card, you’re declaring you don’t want to be part of the club so I don’t know how much clearer you can make that.”

In recent months, Joshi said, the club had drafted changes to its policies on the duties and responsibilities of members. “It’s a housekeeping exercise but we’re taking the opportunity to look at one or two areas that could do with updating,” Joshi said.

One new rule will allow the club to temporarily ban members who misbehave for up to 14 days, pending a full hearing. Before, a member could only be suspended or expelled after a lengthy process. “It was more of a blunt instrument, now we’re just refining it,” he said. “In the vast majority of cases, everyone is extremely well-behaved and we have no problem with 99 per cent of our members.”