Business Sweden brought Swedish companies over to Asia to participate in an executive 4-day program within healthcare and innovation.

Under the theme “Health and Innovation for the Ageing Population” the State Secretary Madeleine Harby-Samuelsson of the Swedish Ministry for Health and Social Affairs led the delegation.

On 15 February the Swedish delegation, including also Consul General in Hong Kong Helena Storm met with different local stakeholders such as Mr. Stephen Sui (Acting Secretary for Labour and Welfare), Dr. P Y Leung (Chief Executive of Hospital Authority) and Prof. Sophia Chan (Under Secretary for Food and Health) and discussed on various topics related to health and elderly care. In addition, the delegation also visited the Ming Wai Lau Centre for Reparative Medicine – Karolinska Institutet’s first establishment outside Sweden. The first day of the programme ended with a networking reception hosted by Mrs. Helena Storm. During the second day in Hong Kong the delegation met with HKGov official Dr. Ko Wing-man (Secretary for Food and Health) and visited Queen Elizabeth Hospital, Tung Wah Group of Hospitals and Hong Kong Sanatorium & Hospital to have open discussions on health and elderly care in Sweden and Hong Kong. Opinions and ideas for the future of medicine and care were shared between the delegation and local stakeholders. The whole programme gave the Swedish delegation and local stakeholders an opportunity to have deeper insights into each other’s health care system. 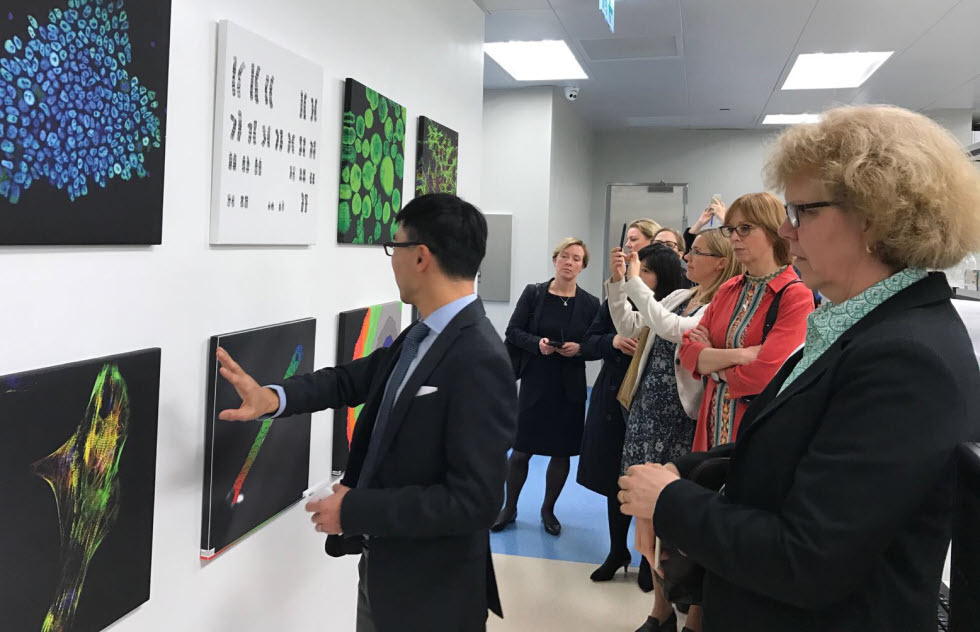