IKEA, a Swedish home furnishing brand, is scheduled to open its first Southeast Asian urban store in Bangkok by the end of next year.

Leonie Hoskin, retail manager of IKEA Thailand and Vietnam, said the company had rented 12,000 square metres on the third floor of the EmSphere retail complex with a 25-year lease, in order to open its first city store on Sukhumvit Road.

“We chose the Sukhumvit location because it is an iconic neighbourhood widely known not only to local customers, but also foreigners,” she said. “It comprises 300,000 households within just a 5-kilometre radius, and Sukhumvit is within walking distance from the BTS and MRT. This fantastic location will bring IKEA very close and more accessible to many people. It will strengthen The EM District, a world-class business and lifestyle destination.”

IKEA Sukhumvit plans to hire 200 employees, providing a complete range of room sets, the market hall, self-service counters, and an IKEA restaurant similar to those offered at its existing stores in Bang Yai and Bang Na.

“It is really difficult and challenging to make the operation of the IKEA city store concept profitable, but it is the right time to introduce the city store in Thailand,” she said. 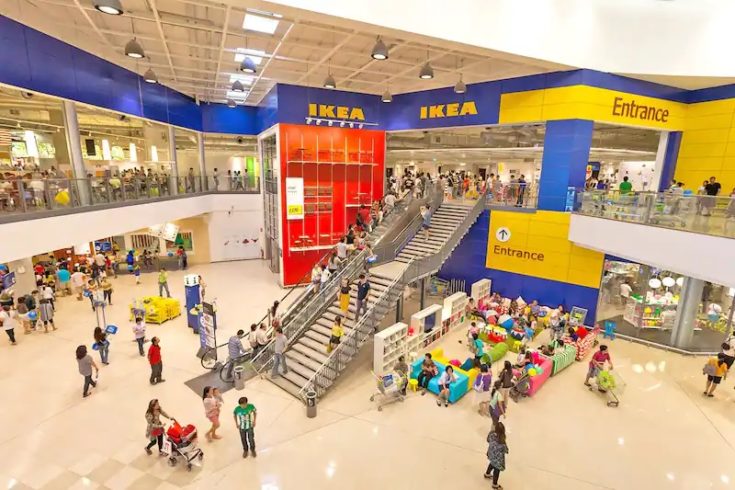 In Bangkok, IKEA has only a 5% share of furniture sales from shoppers in Central Bangkok and aims to double that to a 10% share after opening its new city store on Sukhumvit. Ms Sirin expects sales at IKEA Sukhumvit to be on par with IKEA Bang Yai.

According to Ms Sirin, the company is keeping its prices low this year despite inflationary pressures.

In addition to IKEA Sukhumvit, the company sees the potential of locations in several provinces for new IKEA stores, including Chiang Mai and Nakhon Ratchasima. It also plans to enlarge its store in Phuket.

In addition to physical stores, the company has explored online opportunities since 2017. Its online sales now account for 23-25% of the company’s total sales, up from 15-17% before the pandemic.