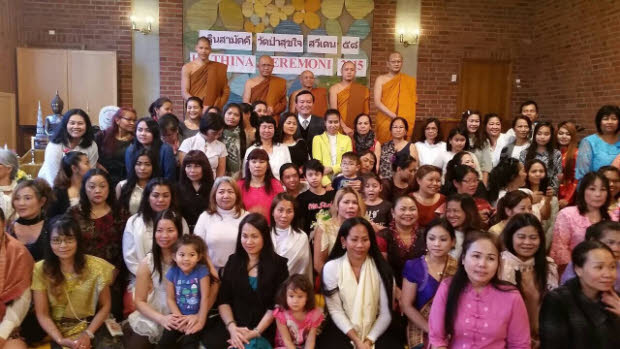 On Sunday 1 November 2015, Mr. Kiattikhun Chartprasert, Ambassador of Thailand to Sweden, together with the Embassy’s official and staff attended a Khathina ceremony arranged by Wat Pah Sokjai temple at Församlingsgård in Östersund.

Kathina is a Buddhist festival which comes at the end of Vassa, the three-month rainy season retreat for Theravada Buddhists.The season during which a monastery may hold Kathina is one month long, beginning after the full moon of the eleventh month in the Lunar calendar (usually October). 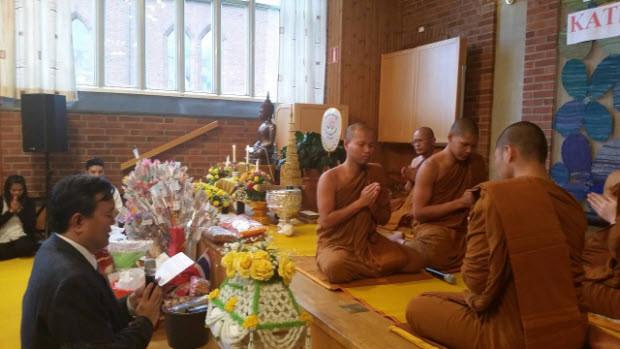 In the morning, Ambassador Kiattikhun led over 200 participants in merit-making activities, which included, among Thais and their families, the offering of food alms to monks in the morning and Kathina robe to the congregation of Buddhist monks in the afternoon. On behalf of the Royal Thai Embassy, Ambassador Kiattikhun donated some money to the Temple.

Ambassador Kiattikhun took this opportunity to meet and greet with Thai people and families who live in Östersund and nearby. Later, He also visited Wat Pah Sokjai temple where located near Församlingsgård in Östersund.
Source: Royal Thai Embassy, Sweden 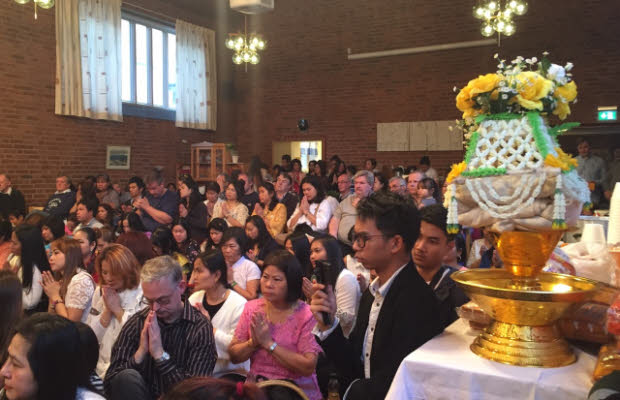