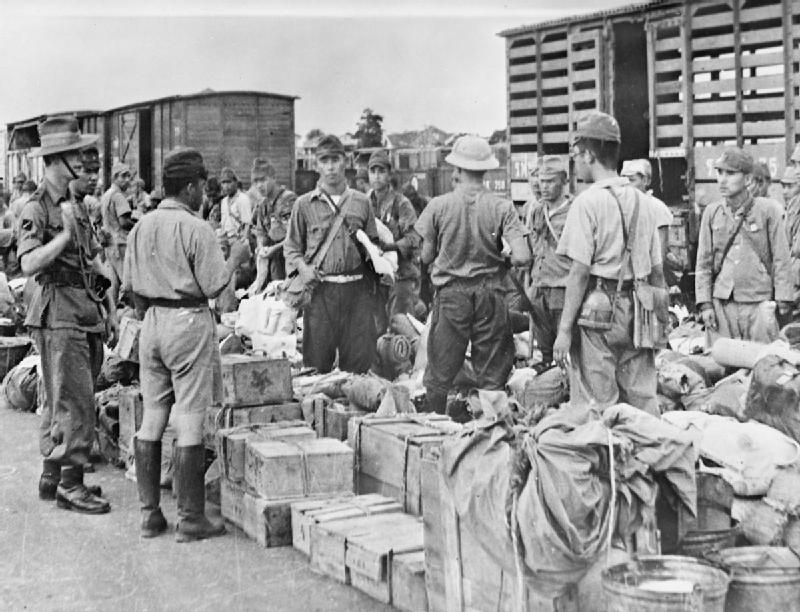 In August 1945, Imperial Japan surrendered and World War II came to an end. That is 70 years ago this year. Tuesday 25 August 2015, Scandinavian Society invites members to a special evening looking back at the role of the Danes who managed to stay “free” during the occupation.

When:
Tuesday 25 Augsut 2015
Come around 18.30 and join us around the big table in the meeting room. We start by ordering our individual dinners and what we would like to drink. All is on your own bill – but the meeting as such is free.

What:
After the Japanese occupation of Thailand on 2 December 1941, the British and Dutch residents were rounded up immediately. The Danes in Thailand were, however, considered allies of the Germans and were allowed to remain free and continue their business.

Heritage Section of the Scandinavian Society Siam would like to invite members to an evening on Tuesday 25 August at Admiral’s Pub and Restaurant in Bangkok, where we will go through various records of how the Danes in Thailand handled their difficult position. Some engaged themselves in dangerous activities helping the prisoners of war who were dying in the the thousands building the railway to Burma up in Kanchanaburi. Others were less active but still constantly in danger of being arrested and interrogated by the cruel Japanese military police.

The novel, “Allieret med Fjenden” by Ancher Norballe describes his own childhood in Bangkok during the Japanese occupation and how the family survived. Although it is fiction, it gives a good impression of how living conditions were in Thailand at the time and what went on in the Danish colony, which is despotic father hated.

Among other things he recalls the gap between the liberation of Denmark on 5 May 1945 – and the liberation of Thailand in mid-August 1945. During these months, the Japanese became increasingly aware that the Danes were not the allies of the German nazies and demanded that they should be interned. The Thai authorities who were told to do it, said yes – but did not do it. Pushed again, they managed to drag out the whole affair until the surrender of the Empire of Japan was announced by Imperial Japan on August 15 1945. Still, it was not formally in place before September 2, 1945.

Another key document is a report by Christian Frederik Schiøpffe about the Danes in Thailand and how they were involved in the underground work and the relief work in the first year after the war ended. Schiøpffe came to Malaya with the help of Aage Westenholz where he worked with the plantations until his company went bankrupt during the crisis in the 1930’s. Schiøpffe moved to Bangkok without any money but became manager (later owner) of Hotel Europe in Suriwong Road where the Danes came together. After the war he was involved with organising the assistance for the POW and the interned allied civilians. Schiøpffe was Chairman of for Dansk Samfund Siam 1938-39 og the librarian of the Society 1931-46. He returned to Denmark in 1946 where he worked at Hærens Arkiv under the Rigsarkivet. He wrote a substantial manuscript about Danes in foreign service during the war, but it has since been lost.

Finally we will read parts of the trilogy “Malaya” by Emanuel Kjar. The Japanese put him to work with the plantations in the south of Malaysia and he was close to the people in Danish colony in Singapore who just like in Thailand remained “free” throughout the war. Kjar kept a diary during the entire war and his observations are therefore not coloured by hindsight but simply day to day observations of the cruelty of the Japanese occupation force and the sufferings of the population.