The National Hydro-meteorological Forecasting Centre reported that tropical Storm Jebi was about 430 km southeast of Vietnam’s Hoang Sa (Paracels) archipelago, with winds of between 75-88 kmph near its center.

It is forecast to move north and north-west at a speed of 10-15 kmph and is likely to grow in strength. Storm Jebi is already causing rough seas and heavy rains in the northern and central parts of the East Sea, including the Hoang Sa archipelago. Fishing vessels at sea have been warned to avoid danger zones.

Flash floods triggered by heavy rain have killed at least five people in northern Vietnam since the weekend. Tropical storm Jebi is expected to pass China’s Hainan province and make landfall in northeastern provinces of Vietnam on Saturday morning, according to Bui Minh Tang, head of the National Centre for Hydro-Meteorological Forecasting.

The area expected to be affected by the storm is from Quang Ninh to Ha Tinh Province. Scandinavians in the areas are advised to follow weather reports closely.

For updated information about the storm, please click here. 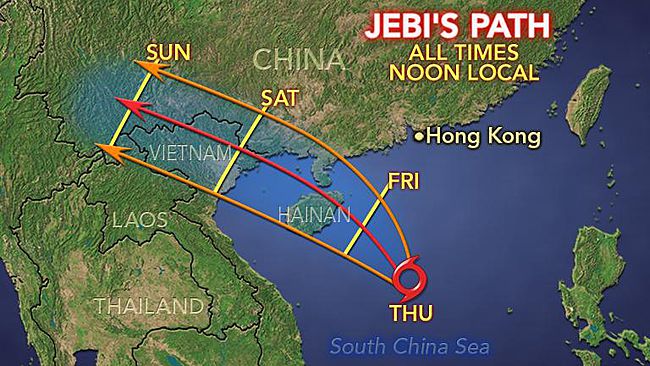