As the finals for the World Amateurs Golfers Championship (WAGC) is coming to Malaysia Dato’ Nils Nordh, its Swedish Chairman, is extra excited to bring the competition “home” after ten works working with the competition.

“Malaysia is my second home country, where I am permanent resident and where I have lived here for 20 years, so it’s exciting. And it’s a fantastic country for people to visit. And there are many very good golf courses here, and where you can play golf all year around!” Nils Nordh tells ScandAsia. The Championship world final is played over 72 holes (like professional PGA tournaments) with handicap adjustments between each round. Five players forms a team representing each participating country.

There is also the Invitational – a separate tournament that gives golfers the opportunity to share in the exciting “WAGC experience” of a worldwide tour-like championship event without first having to qualify.

WAGC patron HRH Princess Birgitta of Sweden is joining also this year. “Princess Birgitta and my dear wife Ingrid will play for ‘Royal Sweden’. They usually play together and have done so during the last 8 – 10 years.”

Business executives with VIP clients, national agents with sponsors, loving couples, celebrities, royalty and other enthusiastic golfers from all corners of the globe are regular participants of the World Amateur Golfers Invitational (WAGI), a tournament that’s played parallel to WAGC, on the same courses, same format and rules except that it is a 2-persons team event and has 6 hcp flights.

“All players are amateurs, and they get to meet with peers and exchange ideas and experiences and creating business relations in a friendly manner despite it being a competition,” explains the chairman.

WGI endorses networking and helps achieve, build or further develop long-lasting global business relationships, as the participants are a diverse group representing a multitude of products and services, all with a shared interest of expanding their network with new friends, partners and business opportunities.

“More than 25 Swedes are coming, including about 10 two-man Invitational teams. So Sweden has really good representation this year. From Denmark there will be 12 people and Finland is represented with up to twenty people.”

Founded by the Swedish sports legend Sven Tumba WAGC has grown to become the world’s largest amateur golf championship, with national championships and players in the world finals from over 40 countries.

Sven Tumba started it wanting to give something back to the amateurs, to get a bit of the same experiences he had enjoyed during all his years with golf, ice hockey and water skiing.

After Sven Tumba’s retirement from ice hockey, he became an accomplished golfer, a golf course designer as well as an ambassador to the game of golf.

World Amateur Golfers Championship (WAGC) inspires amateur golfers from around the world to take on the challenge of competing within their own skill levels by receiving the same status as the professionals and elite do with the proud feeling of representing their country in a world championship final.

The tournament begins as a national championship in countries around the world where the winners from five handicap flights in each country becomes National Champions of their flight and represents their national team as well as individually within their flights.

“100 000 easily participate worldwide. We are the largest in the world as a competition for amateurs,” says Nils Nordh. 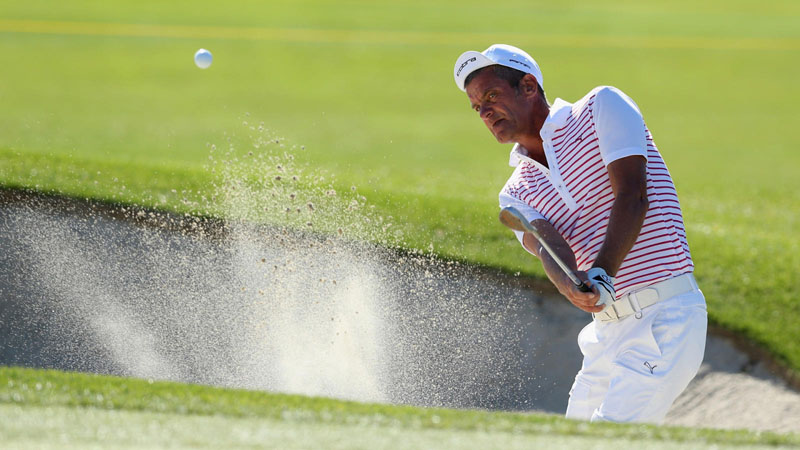