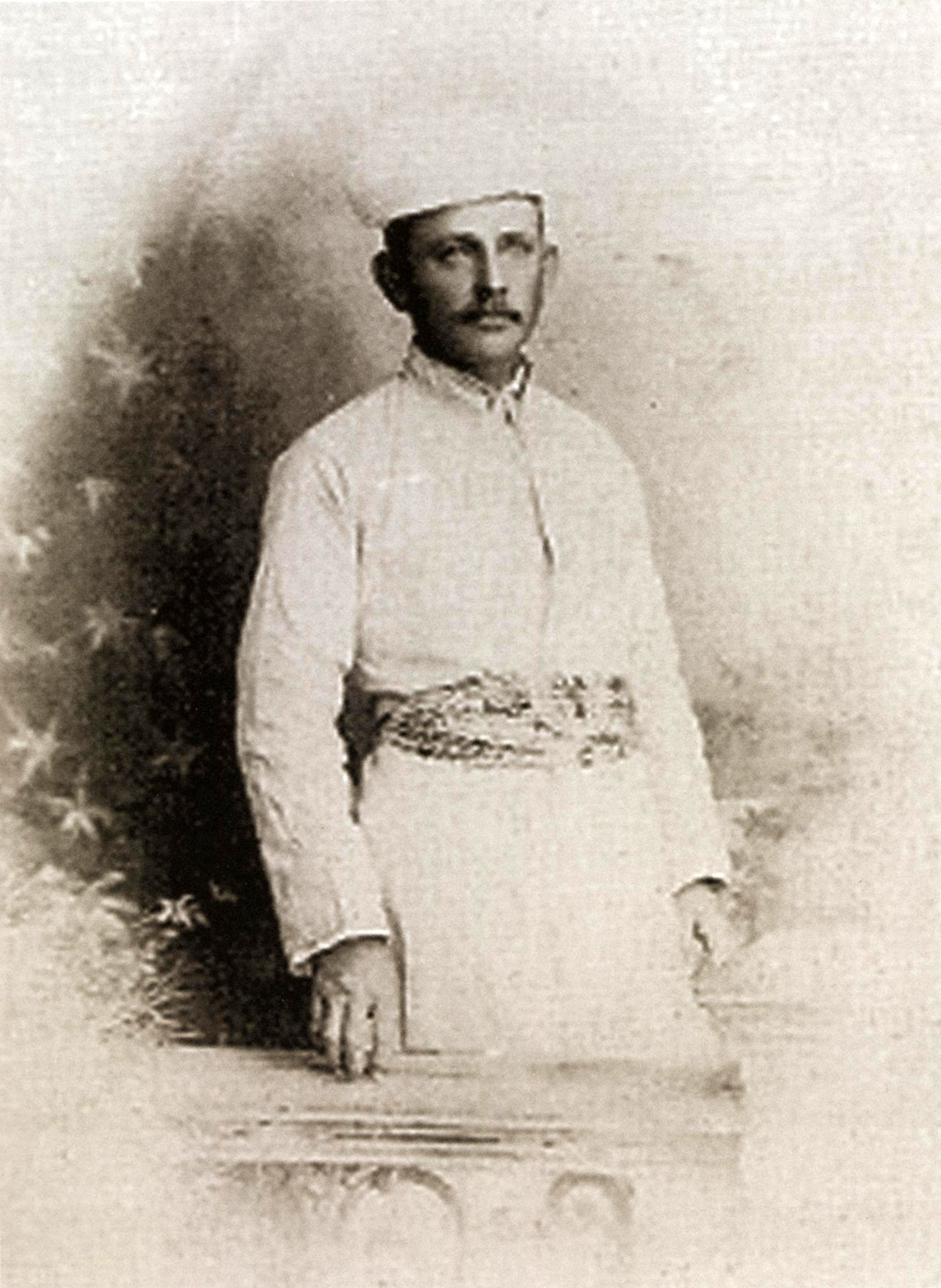 In books and articles, Richelieu has largely been portrayed as either white or black, as an untouchable icon or as an unscrupulous capitalist. We tend to judge the past with the lenses of today, based on our current world view. That is of course not right; we have to describe the man and the circumstances from the perspective of his period on earth, and what was regarded as reasonable and honorable in his days. I have tried to add some human touches to the conventional image of the Admiral.

Reflecting on the proud and stormy word ‘Admiral,’ I come to think of Lord Horatio Nelson of Trafalgar, British First Sea Lord Jellicoe of World War 1, Karl Doenitz, The German Grand Admiral, Master of the submarines and also the Dane Andreas du Plessis de Richelieu (1852-1932), Admiral, Minister of the Marine and Commander-in-Chief of the Siamese Navy.

Three of these old salts commanded real fleets; hundreds of cannon with which they sank the enemy’s ships, and Lord Nelson fought on although he lost an arm and an eye. On the other hand, in 1893 when Richelieu was superintendent of the Marine, and Commodore, he had a few, in fact only four very old warships bought seemingly second hand in France in 1865 and no longer capable of sending any enemy to the bottom of any sea. There was also a newer one, also bought second hand, since the Spanish Navy did not want to receive it. Nevertheless, there was one very modern vessel, the new Royal Yacht Maha Chakri equipped with many state of the art guns. Unfortunately the local officers of Maha Chakri had not yet been instructed in how to fire them. When France instigated ‘gunboat diplomacy’ against Siam in 1893, and it came to bloody skirmishes, the result was almost given beforehand. In what has been named the ‘Paknam incident’ two state of the art French gunboats, ‘Inconstante’ and ‘Comete,’ on the 13th of July simply forced their way from the Bay of Siam up Chao Phraya River to Bangkok.

The battle lasted less than an hour. The batteries of the Chula Chom Klao fort, then and now, guarding the mouth of the river tried in vain to offer resistance, but the almost medieval muzzle cannons and guns did the French no harm and the ancient fortifications were laid in ruins, many marines were killed. The Danish commander survived.

A few kilometers upstream between Phra Samut Chedi and Paknam (Samut Prakan) Richelieu had established a blocking of the river using derelict ships and dynamite. Behind this waited the Siamese battleships but they were no match for the modern French vessels, they sailed through the blockade and caused severe damage to the Siamese ships, many men were lost.

Walter Christmas, a Danish Captain in the Siamese Navy in 1893, and in charge on the occasion, described the situation as follows: “but just a hodgepodge of hopeless ships, useless guns, and incompetent crews, commanded by men who, however stout and resourceful in other fields, for the most part were without knowledge in military skills”. (Christmas (1894) From ‘Thai-Danish Relations’ (1980), p. 128, published by the Royal Danish Ministry of Education).

Christmas himself fired his cannon four times, when he tried to fire the fifth time it collapsed.

At that time at least 25 Danish Navy-Officers served in the Siamese Navy, plus some from other nations. From Copenhagen they were forbidden to participate in any fighting with the French, but they nevertheless did so.

King Chulalongkorn, the patron and friend behind Richelieu wisely forbad Richelieu to engage the Maha Chakri, especially manned by foreign officers, knowing well that in case of the sinking of one of the French gunboats, France would have an excellent excuse to occupy the whole country.

The reason for the ‘gun-boat diplomacy’ was that France demanded huge areas to the East of the Mekong River currently occupied by Siamese; they got them.

With the King, Richelieu thereafter, still in a minor scale, worked on modernizing the fleet. In 1897 he was appointed Rear-Admiral, then Deputy C-in-C 1899 and C-in-C 1901. Finally, Admiral En Suite in 1902.

This last title was given him as a sort of farewell present by the King. In that year Richelieu had a serious bout of malaria and, his Danish wife and children leaving a bit earlier, left Siam where he had served since 1875. He left with a huge fortune achieved via his private enterprises (which will be covered in article 2), and was furthermore bestowed with Court Nobility Titles, countless Siamese, Danish, French, Russian, Greek and other orders, medals and precious gifts plus a high pension. King Chulalongkorn and members of the Royal family saw him off to Singapore onboard the Royal Yacht ‘Maha Chakri’.

Richelieu’s background
Andreas was born on February 24th 1852 in Loejt Kirkeby, Southern Jylland where his father was Vicar (pastor). The family originated from France, immigrated to Norway around 1670, and sometime later settled in Denmark. There seems to be no evidence that the family was related to the original and famous bearer of the name, Cardinal de Richelieu (1585-1642).

We next meet Andreas as a pupil of Roskilde Cathedral School in 1864. In the schools register his father is there mentioned as “the deceased Vicar Louis du Plessis de Richelieu, the Parish of St. Thomas.” Andreas’ father died on St. Thomas, a Danish colony on an island in The West Indies, in 1859, seemingly alone, after staying there less than one and a half years and only 38 years old. It is known that the Danish islands were often used as last retreat for troubled careers. It would be interesting to know what happened to the rest of Andreas family and how this influenced his extraordinary life.

Later, Andreas Richelieu went sailing in the Merchant Marine. He became Lieutenant of the Reserve in the Danish Marine, where he earned his Ship Master Certificate.

In 1875, aged 23 years old, after talks with his superiors, he was granted an audience by King Christian IX in Copenhagen. The young man’s wish was a Letter of Introduction to the Siamese King Chulalongkorn, Rama V, who had ascended the throne in 1868 when only 15 years old. Andreas had visited Siam and Bangkok in the course of his work in the Merchant Marine, was attracted to Siam, and saw the possibilities for himself there. By this act, he really took his life and destiny in his own hands, and equipped with his certificates and the personal introduction to King Chulalongkorn, he sailed off to Siam via Singapore. There, with the assistance of the Danish Consul Koebke, he was granted an audience on April 3rd 1875.

This was a meeting of two young men of approximately the same age; both of them ‘stand alone’ characters and able to look one another in the eye, being of almost the same height. That Richelieu did not tower over his counterpart, was and is not without significant importance in Siam/Thailand. Although cast in a relationship of Patron and client, there are strong indications that a friendship developed between the two, and a bond of absolute loyalty on Richelieu’s part as well.

A few weeks after the audience, he was hired as Captain-Lieutenant and offered a position as Second in Command of one of the Navy’s ships. This offer he turned down and asked for a command of his own. He succeeded and was given the command over HSMS ‘Regent’, bound for an inspection tour of the Western coast of Siam bordering the Andaman Sea, with the main town being Phuket. However, he only spent some of his energy on Navy matters.

Ready for business
It is possible, also given the size of the Thai navy, that his duties were not onerous, so during his years in Siam, Richelieu also established a railway line, a tramline in Bangkok, an electricity plant and more. But first and foremost he established a very lucrative business relationship with H.N. Andersen of Andersen & Co., later to be known as EAC.

These activities will be dealt with in Article 2:
Admiral Andreas du Plessis de Richelieu as Entrepreneur 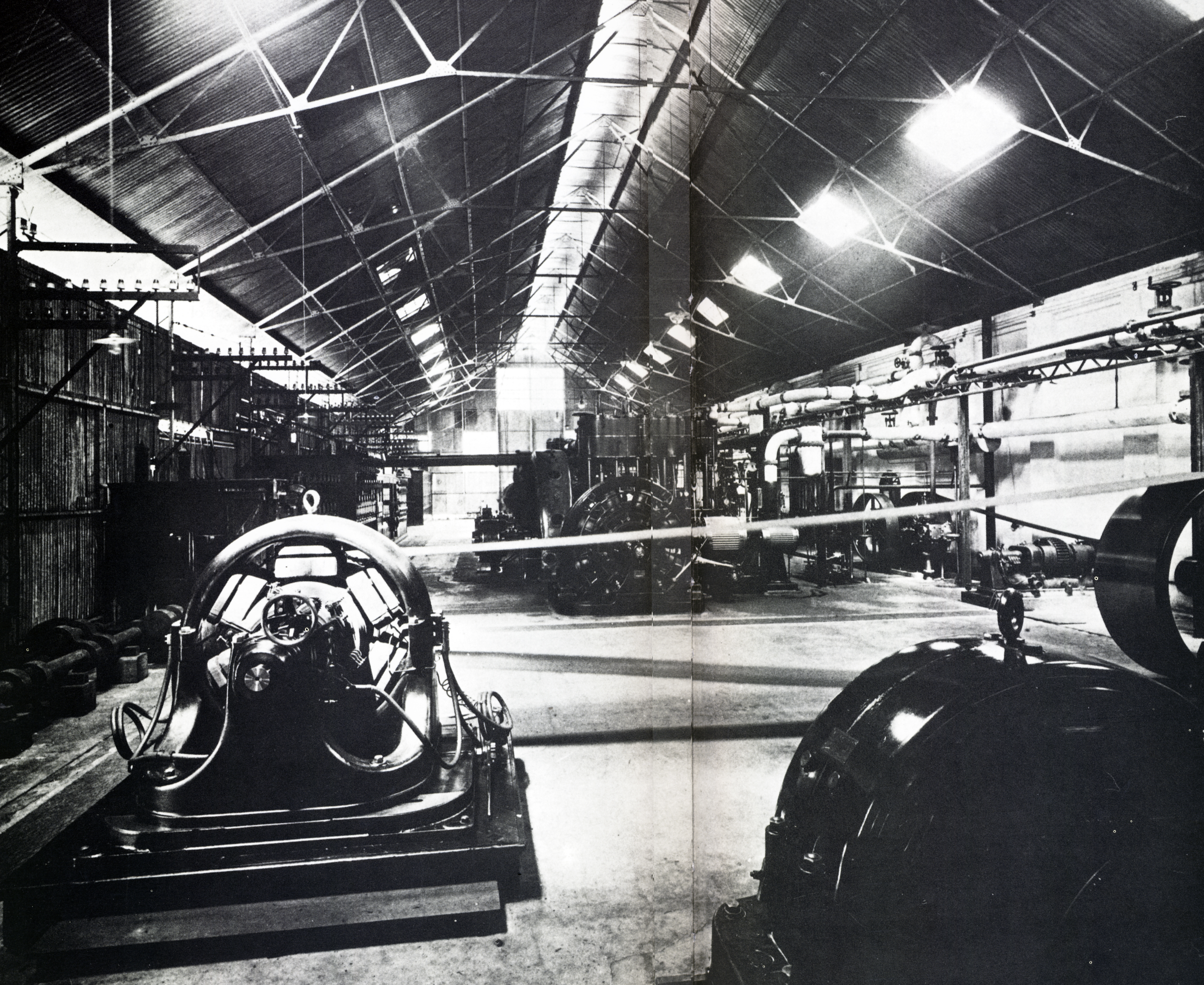