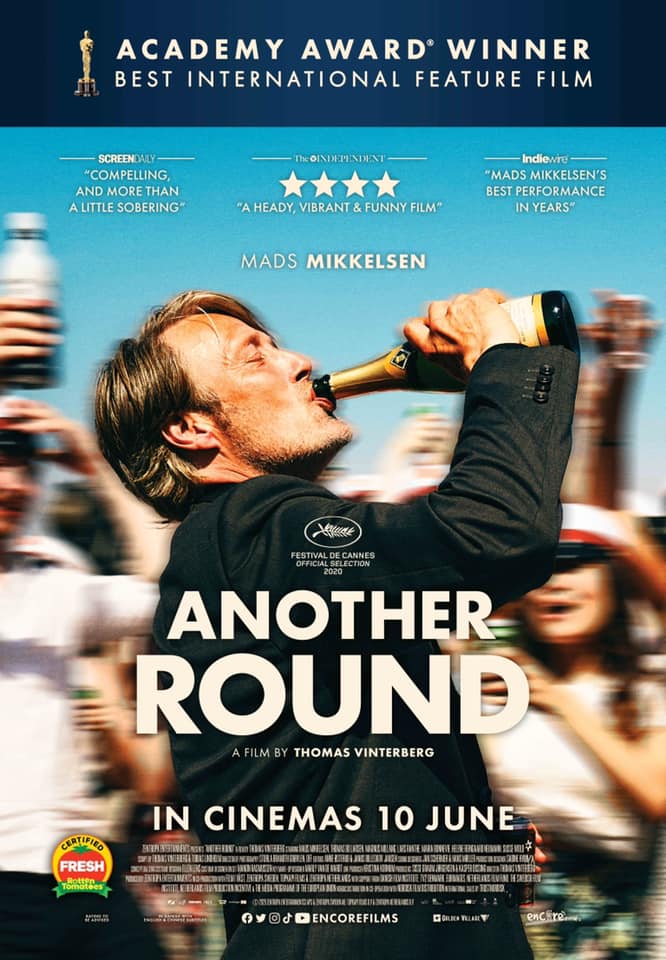 The Academy Award-winning Danish film “Another Round” (“Druk”) has landed in Singapore and you can watch it from 10 June at the Golden Village Theatres, the Embassy of Denmark in Singapore announces.

The movie tells the story of four high school teachers who consume alcohol daily to see how it affects their social and professional lives.
This highly raved movie which stars the talented Mads Mikkelsen and Thomas Bo Larsen has also recently won an Oscar for Best International Feature Film. “Another Round” makes for a thought-provoking, successful and impactful film that you wouldn’t want to miss this summer!

About the movie, Denmark’s Ambassador to Singapore, Sandra Jensen Landi says, “I highly recommend “Another Round”. It is a comedy and a drama at the same time – just as life! It is a story about four men struggling with a midlife crisis, but also a story about the value of friendships and relationships. It is simply a strong story carried by excellent actors. No special effects or fast action. It is exactly this type of film that has made Danish movies famous.

The director, Thomas Vinterberg, was one of the founders of the Dogme 95 principles and has brought the world’s attention to Danish movies with his movie, “The Celebration” from 1998. With “Another Round”, Vinterberg shows that he is still a force to be reckoned with.”