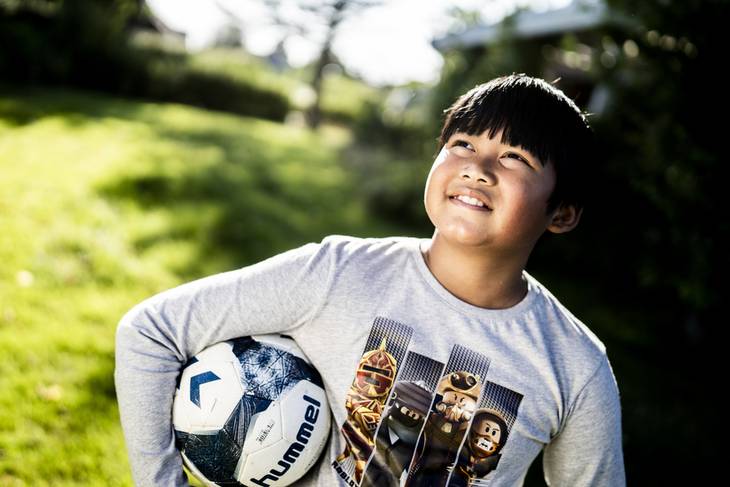 Three months ago, 10-year-old Wasuthon Guide Nielsen was told he had to travel back to Thailand because the family’s application for a residence permit for him had been rejected by the Danish Immigration Service due to his adoption not being recognized by Danish law.

The case attracted a lot of attention from the media and politicians in Denmark and now the table has turned. On 6 December the Agency of Family Law resumed a case so Niels Jørgen Fries Nielsen and Praphatsanun Nielsen can adopt Wasuthon, who goes by the nickname Guide, JydskeVestkysten writes.

Praohatsanun Nielsen is Guide’s aunt but has actually been like a mother to him since he was little and in Thailand, he lived with her and his grandparents. When Praphatsanun Nielsen married her Danish husband Niels Jørgen Fries Nielsen she moved to Denmark without Guide to first see if she liked living in the Nordic country. After settling in she brought Guide to Denmark three years ago and in 2020 the family filed for a family adoption at the Agency of Family Law.

Under Thai law, Guide had been adopted by his aunt Praohatsanun Nielsen but the Danish authorities would not initially acknowledge this and after the case was rejected twice he received the letter stating he had to leave the country.

After great support from the local community and several articles in the media, however, the National Board of Appeal changed a decision on 14 September. Thus, Wasuthon was allowed to be adopted according to Danish rules and earlier this week – almost three months later – the case was formally launched at the Agency of Family Law.

The formal launch of the case is another step towards ensuring that the ten-year-old has a permanent future in Denmark close to friends and family in the Danish city of Taulov.

“It is positive news, and it was what we had hoped for, ”Niels Jørgen Fries Nielsen says to JydskeVestkysten.

“My wife is happy and Guide is happy. When the National Board of Appeal changed the decision in September, I celebrated that with colleagues at the school. And today, we celebrate by having my wife get Netflix. She and my boy would like to see that with Thai subtitles, says Niels Jørgen Fries Nielsen.

He considers the adoption to be a formality and expects that it may take a year before it is in place. According to Niels Jørgen Fries Nielsen, the boy’s biological parents in Thailand have accepted, and in connection with the Danish adoption, they are going to visit the Embassy of Denmark in Thailand.