The Danish government are blazing a trail in pursuing a renewable energy future and is hoping its success will rub off on others. 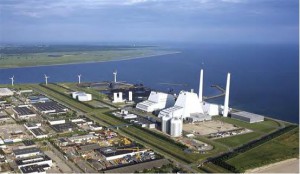 “China has expressed a great interest in our district heating systems, along with biomass technology and offshore wind turbines,” said Böttzauw. “We went to China to help deal with the energy and climate problems caused by economic growth there” – the same motivation that has driven Denmark’s energy policies.”

“We just want to show that it’s feasible.”