The Chinese government’s latest move to streamline company registration is an important step in line with international standards that will encourage social investment, according to Danish and other foreign experts say. 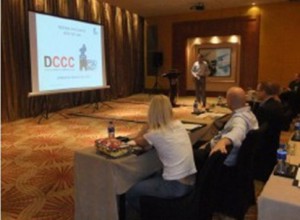 New measures also include loosening controls over sites registered for business operations, replacing the current annual inspections on companies with annual reports open to public inquiry, as well as improving the mechanism for promoting business integrity.

International observers say the reform is of great significance as it takes a long-term perspective on development.

Carsten Boyer Thoegersen, a researcher at the Nordic Institute of Asian Studies at the University of Copenhagen, said the Chinese government is determined to build up a more efficient administration and a transparent market.

“I believe that Chinese people will benefit from government function changes and a more liberalized economy,” said Thoegersen, also former consul-general of the Danish Consulate General in Shanghai.

Li Shanquan, a senior fund manager of the New-York based Oppenheimer Funds, said the government’s encouragement for the establishment of new enterprises will tap potential for China’s economic development in the future.

“That’s a good thing and a far-sighted move,” he said. Statistics show that due to its strict company law, China has only 12 enterprises for every 1,000 Chinese, compared with 50 in Japan and South Korea, and 30 in most emerging markets.

In countries that have a sound business environment, such as the United States, Canada, Finland, Germany, Singapore and Brazil, there’s not only well-established infrastructure, financial environment and human resources, but also favorable conditions for company registration.

Zhu Ziqi, an official in charge of Finnish affairs for the management committee of Zhongguancun, a national innovation and high-tech hub in Beijing, said that in Finland, registration for new companies only needs an online application, adding that a business license and relevant documents are released two weeks later without charge.

Moreover, the North European country’s public service sector has realized information sharing, which can be convenient for enterprises, he said.

In China, the government is also making efforts to transform its functions, which will benefit enterprises running businesses in the world’s second largest economy.

Li, the fund manager of Oppenheimer Funds, said the government’s new measures should become law and be formulated in detail, so as to increase transparency for new entrepreneurs’ long-term development plans.