Robert Kronberg, Chairman of Scandinavian Society Siam, was on Tuesday 23 April re-elected as Chairman for a second term at the Annual General Meeting of the 93 year old association for Scandinavian residents in Thailand. Four of the current board members will also continue on the new board, Claus Gundersen, Christina Hammarlund, Lars Andersson and Flemming Winther Nielsen.

Outgoing Norwegian member of the board, Atle Roger Mydland, was replaced by Knut Hauslo, longstanding member and husband of former Chairman of the Society Anne Marie Hauslo, and he was elected with a big applause.

A twist of events has created an unusual situation regarding electing the last member of the board to replace outgoing member and former Chairman Anita Falk. Two members had been approached and asked to accept their nomination – and both came back a day too late with their final reply. Swedish Varaporn Premsot, who was proposed and elected, declined to take up the position, while Thordur Adalsteinsson from Iceland accepted.

The re-election of Robert Kronberg as Chairman marks the end of a turbulent few years in the Scandinavian Society Siam with a shaky economy and an unclear mission. As for the economy, the Annual General Meeting applauded long and heartfelt the success of Treasurer Claus Gundersen in bringing the financial situation of the Society under full control. His report on the result of the year and the balance sheet was preceded by a short remark by the elected Auditor Eric Hallin.

“This is all in the finest order – if I could, I would like to hire Claus Gundersen to work for me at The Rembrandt,” he joked.

Regarding the mission, the success of the Heritage Section over the past two years marks most visibly the departure from the purely partying activities that was the main contribution of the Society for many years. But Robert Kronberg highlighted also two major structural developments that had taken place over the year.

First of all, the registration – or re-registration if it was ever done before – of the Scandinavian Society Siam as an Association under Thai law. This was almost complete with the help of Wichien Harnpraween of the law firm Wissen & Co Limited and will form the legal basis for the Society for the coming years, leading up to the 100 Years celebrations in 2020.

Secondly, and linked to that, the Society welcomes the initiative of the Danish Seamen’s Church and Church Abroad to establish a Danish Church in Thailand. This creates the opportunity for the purchase of a building to be the Danish Church in Bangkok which will also constitute the long missed Clubhouse of the Scandinavian Society Siam – plus possible more related Nordic tenants.

The Golf Section of the Scandinavian Society Siam had also enjoyed a successful year, reported Erik Dahstrom who is the co-organizer of the many tournaments of the section. He and his co-organizers had been asked to nominate a Golfer of the Year for 2013, and he was happy to present Dennis Christensen for this award. Dennis Christensen received one of the special bottles of wine, which was particularly preferred by HRH Prince Henrik when he last year performed the official opening of the Admirals Pub & Restaurant   and Hotel Mermaid Bangkok, where the AGM took place.

Christina Hammarlund reported separately on the state of the membership. Counting individuals, the Society has now 268 members, she reported. The majority, 119 members, are Swedish, followed by 96 Danish members, 35 Norwegian members and 16 Finnish members. The rest were a mixed bag of nationalities but with various affiliations to the Scandinavians.

Christina Hammarlund also reported on the Bulletin, of which she had been the Editor during the year and mentioned that she was considering some changes to the format, while re-ensuring all that the Bulletin as a printed publication would not be abandoned.

On behalf of the assembled members, Jan Eriksson thanked the Board for the effort each of them had put into the work and assured them of the appreciation of the members.

The evening ended with a light dinner for all participants at the AGM. Chairman Robert Kronberg delivering his report of the activities of the year. Treasurer Claus Gundersen was recovering from a nasty bicycle accident 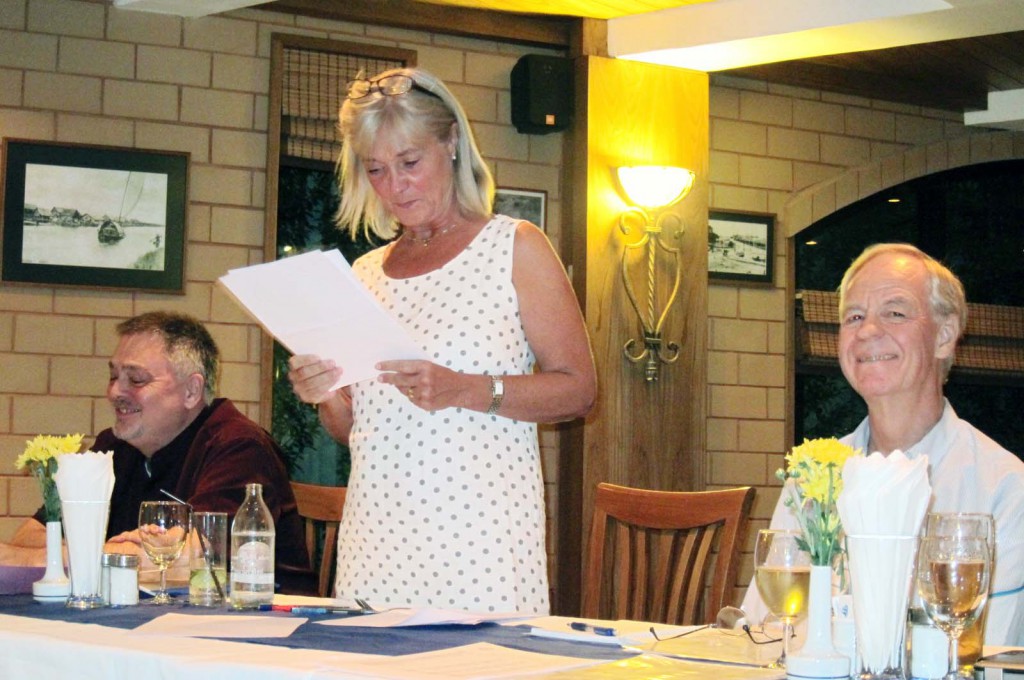 Flemming Winther Nielsen reported on the activities of the Heritage Section 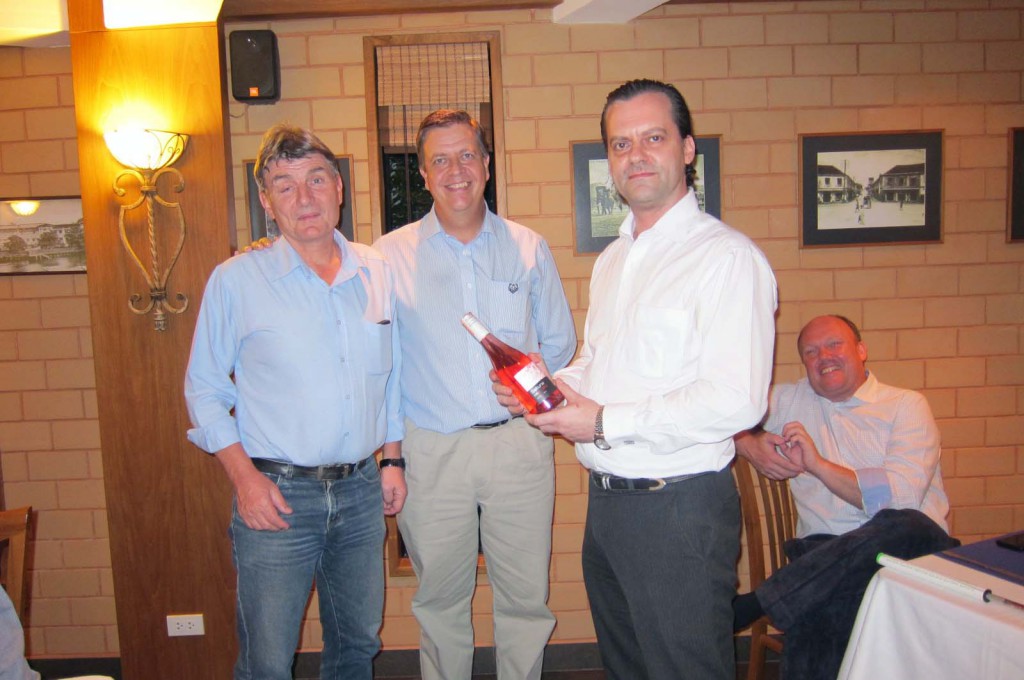 Dennis Christensen was honored for his contribution to the Golf Section with a special bottle of wine. Robert Kronberg motivated a toast during the dinner after the AGM