In early September 2015 Denmark’s Ambassador in Hanoi, Charlotte Laursen went to Laos to present credentials to President Choummaly Sayasone. The President stressed the good relationship between Laos and Denmark with whom Denmark next year will celebrate the 60th anniversary of diplomatic relations. Laos was once known as ‘The land of a million elephants and the white parasol’ and as seen in the photos, the Ambassador was seated in front of impressive tusks from the national animal in both visits. 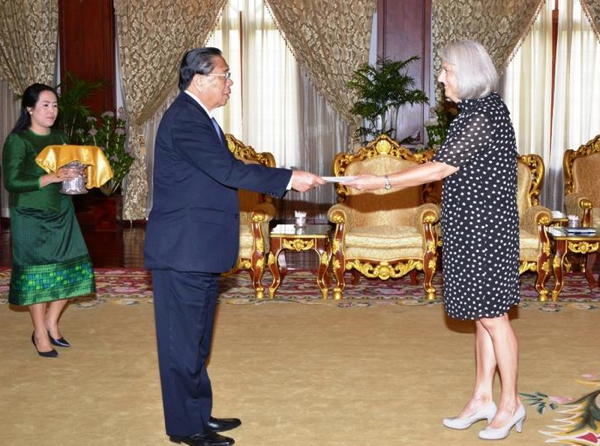