Meet Johan Persson, a Swedish native with a 20-year track record of brand and design management, successfully operating out of Hong Kong since ten years back. Running his own industrial design studio C’monde Studios from there Johan benefits from being at the doorstep of the ‘world’s factory’ – Shenzhen (in China); which played a key part in moving from Stockholm to the Far East. He is now also building the own audio accessory brand ‘me.u’, consisting in a concept of curated music playlists and earphones, where his own hobby and strong interest in music has nicely come into play as well.

Well established as one of Hong Kong’s top designers Johan can also paint his picture with some interesting insights about the local, emerging design and start-up scene. This is also the theme for a recent documentary film Designers Inbetween (directed by the Finn Oliver Lehtonen and his colleague), featuring Johan among many other Scandinavians and the crème the la crème of Hong Kong’s design scene.

In-between east and west
“A really interesting start-up scene is beginning to emerge, in fact competing with the established ones like Silicone Valley and New York City. Many come here from those places, either settling down directly in Shenzhen or start working with any of the incubators here in Hong Kong.”

‘Hong Kong is more of a global metropolitan, since so many designers are coming here on their way into China to support some project. I used to live in Stockholm for many years working for No Picnic [a Scandinavian design innovation agency] and I meet more designers in Hong Kong than back home,” continues Johan when being asked to compare with elsewhere.

Designers Inbetween portrays start-ups’ struggles in the production process, staking on one’s own brand with the financial risks, moving to a new culture etc., by talking to and following various start-ups and brands from the industry´s leading professionals. This film depicts what drives these pioneers to put their livelihoods on the line, chase their dreams and realise their potential in a “truly unique international community brimming with creativity and fuelled by an infectious positivity.”

“It’s about being in-between markets; not really in China and more in a western market here in Hong Kong,” says Johan. 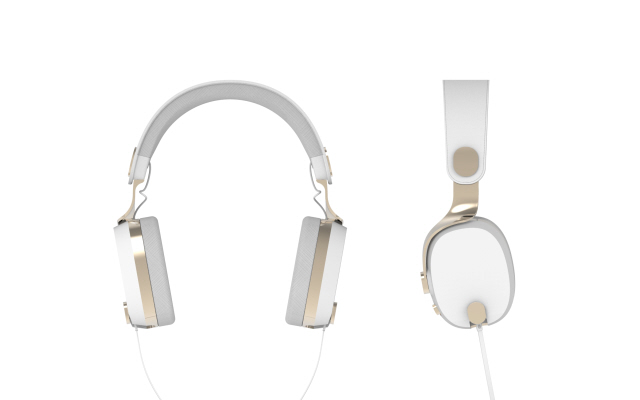 Built on trade and recognised today as one of the world’s leading financial centres, Hong Kong has always nurtured the independent business owner and a can-do entrepreneurial spirit. It is today also seen as a gateway to the Chinese consumer market. Combined with Shenzhen – the high-tech and manufacturing hub of southern China – this forms a very substantial base for the design industry and start-ups (Shenzhen alone is said to have more than 6,000 design agencies and in-house design departments employing more than 100,000 designers). Hong Kong increasingly attracts Western designers, including Johan himself, to be closer to the nearby Southern manufacturing provinces in China.

“The start-up scene is about to explode here! There are many incubator companies; such as Brink, an IoT (Internet of Things) platform where Johan works as mentor; and Nest, working with consumer electronics and online start-ups, but it’s growing into a start-up hub here in Hong Kong, which is very interesting. That scene has now started migrating to Shenzhen, where they also have a very large incubator for start-ups.”

The Qianhai Shenzhen-Hong Kong Youth Innovation and Entrepreneur Hub is designated for young entrepreneurs from Hong Kong and elsewhere to start their businesses. Also, the big Silicon Valley-based, hardware accelerator HAX has a huge office in Shenzhen.

“This whole new scene incorporates design, where it’s very interesting to see about such start-ups how willing they are to invest and the importance they place on design. As a creative director that includes looking at web, product, and brand design, as well as identity and the entire spectra in all circumstances where one comes across a brand. And that in turn builds on innovation; looking at being creative in the innovative part of the product development, and not just a matter of a cost and outsourcing. In this regard it’s about being able to utilize the price point on which one builds up one’s business plan.”

He also gives credit to Hong Kong’s recent emphasis on culture, with M+ and the establishing of an art hub. A cornerstone of the ambitious West Kowloon Cultural District Project, M+ is Hong Kong’s new museum for visual culture.

“Everything is very exciting and that will also nurture the development, and a more nuanced and educated view on both design and art – based on building at better understanding of the reasons behind things.”

Earlier, at No Picnic, Johan worked a lot with, among others, Sony Ericsson, frequently travelling to the production base in the region. With C’monde Studios Johan and his team assist clients to brand, design and to develop their products, utilising being close to the manufacturing hub.

“We have done quite a lot of furniture for Karim Rashid.”

Johan has worked a lot on product development within the audio market, including developing the whole headphone series for Danish brand Jabra.

Me.u born out of love affair with music
And now he is very busy as brand manager for the own start-up me.u (www.meunyc.com), which initially focuses on the 21 million university students in the U.S, offering those who buy me.u earphones to discover new emerging artists with America’s independent pop and rock scenes. His partner me.u partner Jerry Berger is the owner of the collage distributor HPI, as the great door opener to all university bookstores. 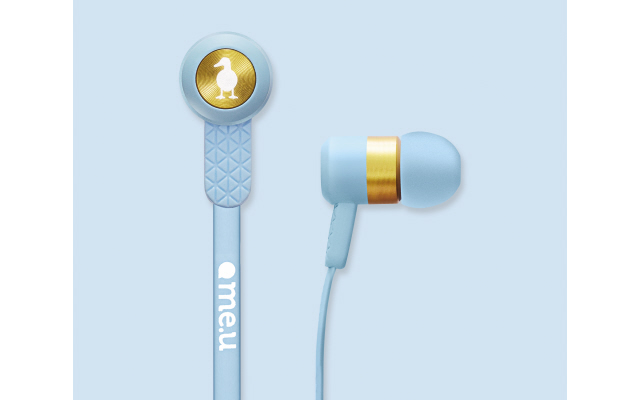 “It came from my interest in starting my own brand, and my long love affair with music, and connecting that to something larger, so it is not just a product but building a movement.”

Me.u provides an opportunity to connect with the most fresh and interesting music right now within newcomers in the U.S., e.g. building a broader experience, with the help of one’s phone connecting to a curated playlist with the best and freshest rock/pop bands.

Me.u partners with some of the best emerging artists in America, where me.u music director Brian Kesey in New York has both his feet within the American indie scene (bass player in Parlour Tricks and involved in two of the east costs largest music festivals).

“Brian digs out the up-and-coming bands and talk to the artists; getting them to come up with their playlist and also the background information. One wants to explore further what inspires these artists; things one, as band member or individual, can in turn be stimulated by. Being able to find these new gems who can inspire, and where one continuously builds up with more artists and playlists, digging into their bank of inspiration that one has not yet discovered – that’s the kind of platform we’re developing.”

“We believe that today’s consumer wants to have something that is interesting and engaging. This could be the modern way to really involve the end consumer. And those who are like-minded who favour music and always look for new music can see this platform as something interesting for themselves,” Johan explains further. 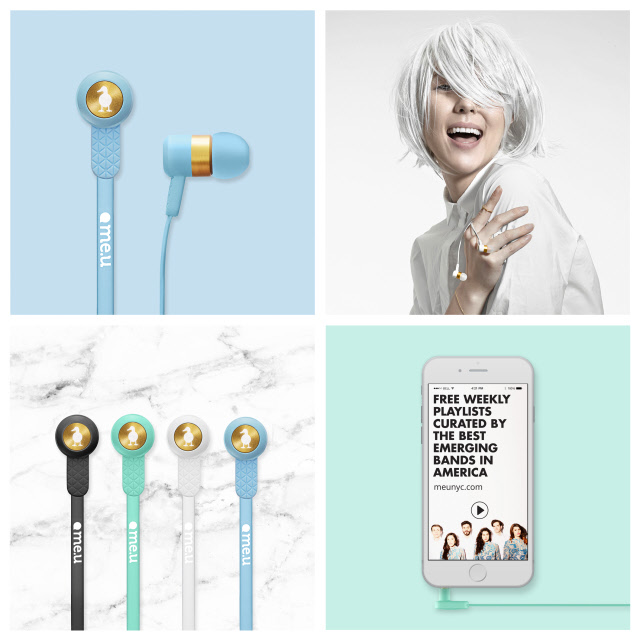 Having built up great knowledge about audio accessories Johan has also placed great emphasis on the sound quality of the earphones.

“They have superb sound compared to our price. We have measured continuously what our competitors deliver within the same price point and tried to make it both a more qualitative and also better-sounding product than they can deliver. It’s also easier when being a small business to be more flexible, and with a personal interest in it taking things more seriously, going the extra mile and tweaking the soundscape.”

Johan’s personal devotion to music is also there and present in Hong Kong.

“Music has always been a part of me. My current band Poubelle International plays an interactive indie rock and performing live in events mostly in Hong Kong. There are many irons in the fire but I like to be busy.”