Paternity leave as a step towards gender equality in Thailand was promoted with an event held in Bangkok jointly by the Embassy of Sweden and IKEA Thailand, held in connection to the HeForShe Arts Week and the Swedish Dads exhibition – an initiative by UN Women to promote gender equality through arts and cultural activities. The Arts Week is held between 8-15March.
Mr. Singhadej Chu-Amnart, Deputy Permanent Secretary, Ministry of Labour also participated and share experiences and plans on paternity leave in Thailand. At the event the Swedish Ambassador to Thailand Mr Staffan Herrström said: “Men need to be seen as fathers, treated as fathers, identified as fathers, receive rights as fathers – and of course behave like fathers. Paid parental leave should be available for both fathers and mothers. That became law in Sweden 1974. Later on 90 days out of 480 have been reserved for men – the three Daddy’s months. This has significantly contributed to gender equality.”

In Sweden, parents are entitled to 480 days (16 months) of paid parental leave when a child is born or adopted – one of the world’s most generous parental insurance schemes. Each parent has 3 individual months reserved. The remaining 10 months can be split freely between the parents. Splitting parental leave more equal has several positive effects, not least for women. After Swedish men started to take more responsibility for child-rearing, women have seen both their incomes and levels of self-reported happiness increase. Parental leave is also good for men. Men who stay at home with their kids can help foster a better father-child relationship. Men staying at home also have healthier lifestyles and get to experience more precious moments with their kids. As Ikea was originated in Sweden, the corporation believes home is the most important place in the world. As co-workers are the heart of its business, Ikea wants them to have a good balance between life at Ikea and life at home with their families. Time at home is especially important for new parents. Employees are provided four months of paid maternity leave. In 2017 Ikea Southeast Asia is granting all fathers four weeks of paid paternity leave. This benefit puts the company at the forefront for paternity benefits in our markets. We hope this extended paternity leave will support co-workers in their parenthood journey and enable dads to share more responsibilities at home. ”Ikea Southeast Asia takes a proactive approach to gender equality, as we know it offers mutual benefits to society, our co-workers, customers, and suppliers, while providing a return for our business. Today, at Ikea Thailand, 53% of our employees are women, and over 75% of the management are female. Our Bangna store is also led by two women. There are many things we can do to increase women’s empowerment, which will further contribute to a better society. One important step is to set an example by taking the regional lead in having a practical paternity leave policy in place. This sends out an encouraging signal reinforcing the importance of sharing responsibility at home, empowering women in the process while also encouraging men to bond with their children,” said Mr Lars Svensson, Sustainability and Communication Director of IKEA Southeast Asia.

The Swedish Dads exhibition aims to show the positive effects that a generous parental insurance can have both on individuals and on society as a whole. Twenty-five fathers that have chosen to stay at home with their children for at least six months are pictured in the exhibition which have had a tremendous impact and has been published around the world. 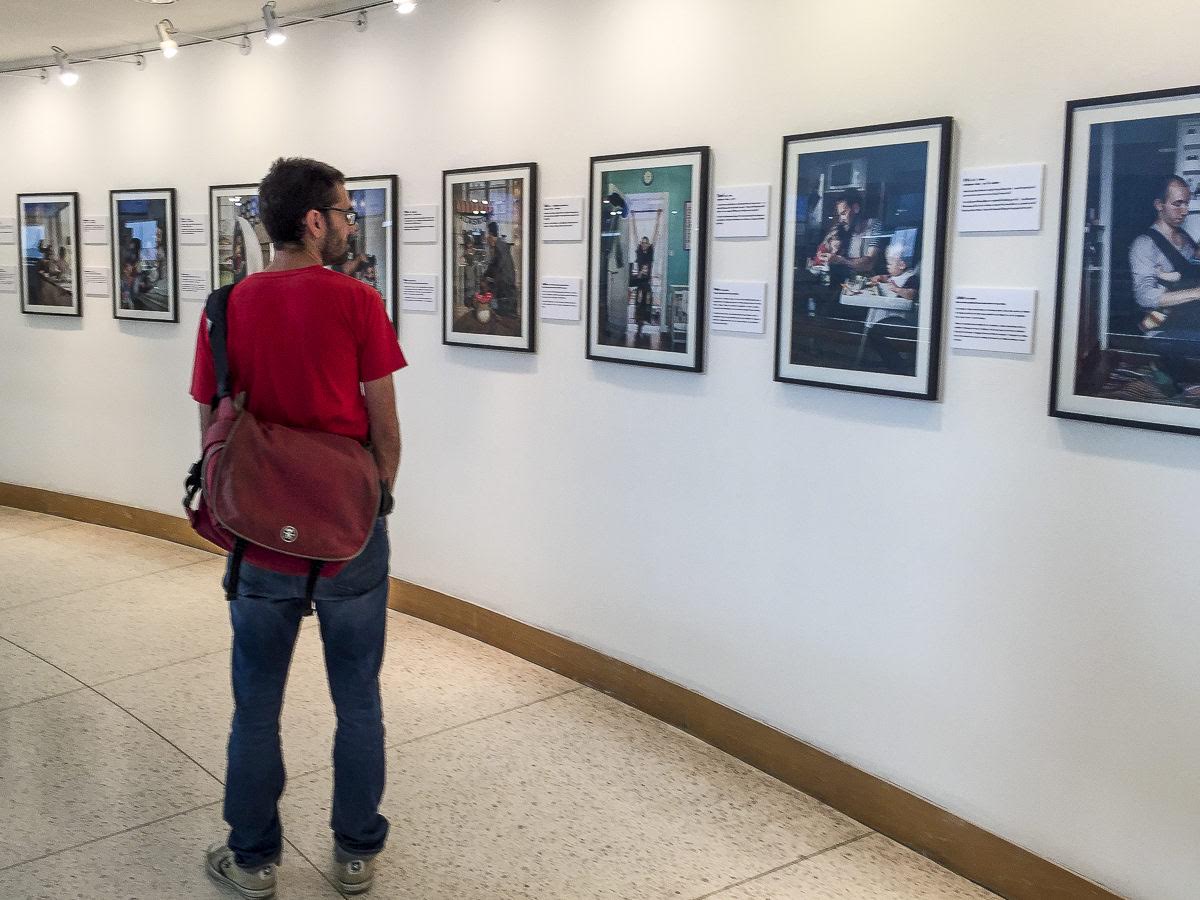 ‘Thai Dads‘ photo competition was inspired by the ‘Swedish Dads’ photo exhibition. The competition was launched by the Embassy of Sweden in Bangkok with support by UN Women Asia-Pacific in order to highlight male role models and create a dialogue on gender equality. Fathers in Thailand sent in photos with their children and a quote describing their role as fathers using the hashtag #ThaiDads. The competition was well received by the public.