“Hong Kong portrays itself as a superconnector,” stated Consulate General of Finland in Hong Kong and Macao. “It rang true on 18 May as Finland and Sweden toasted for a bilateral deal, several thousands of miles away from their Nordic home front.” The ceremony took place at Critical Communications World Expo in which Finland had a large national pavilion of 14 exhibitors.

The agreement will bring about technical steps that later allow (rescue) authorities to use their own communications terminals in another country. Sweden and Norway already have their systems operable, and future will probably see these three countries to form the world’s largest interoperable TETRA-based communications area for emergency services. 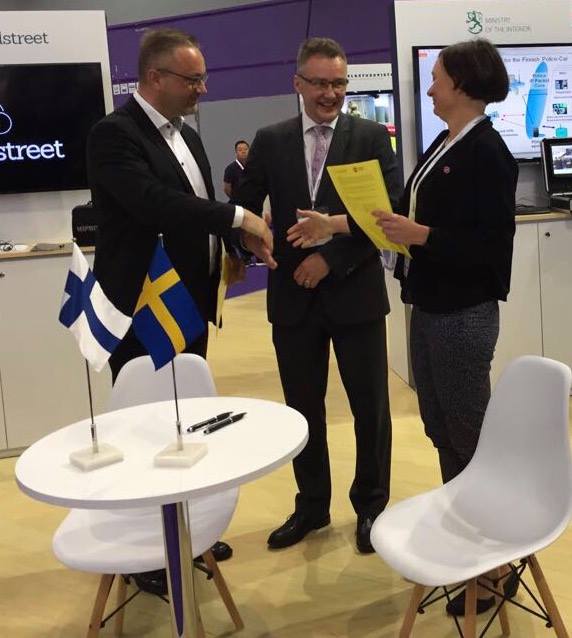 The Finnish Pavilion was opened on May 16 by Mr. Janne Koivukoski of Ministry of the Interior of Finland (right in the other photo).

Source: Consulate General of Finland in Hong Kong and Macao