On 18 May 2017 Ambassador Pereric Högberg and colleagues from the Embassy made a visit to the Ministry of Natural Resources and Environment; where H.E Mr Nguyen Linh Ngoc, Vice Minister received them. 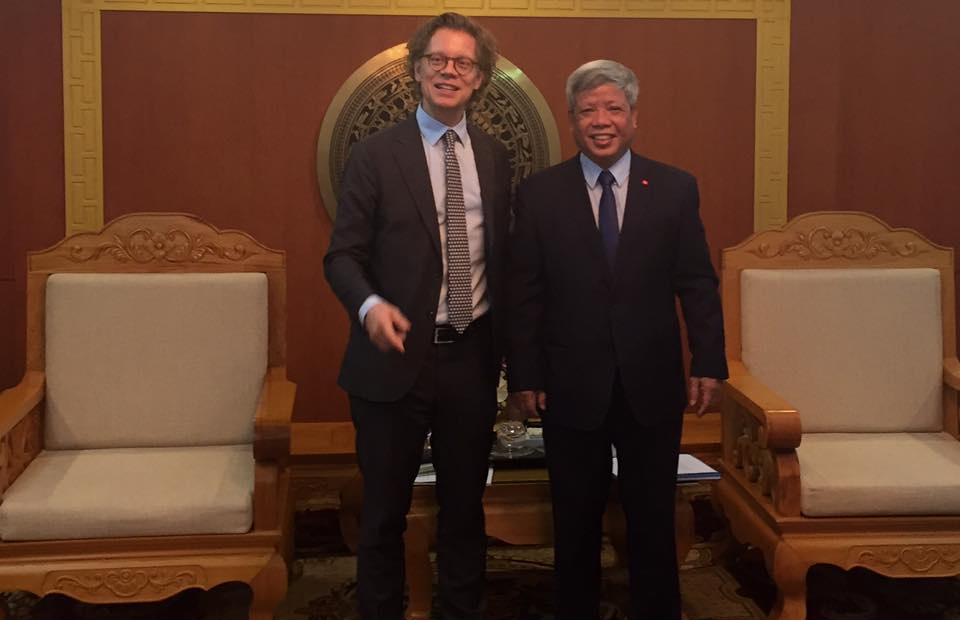 They discussed key priorities of Sweden and Vietnam in fighting pollution, marine and sea resources and climate change. The two sides also exchanged view on the importance of the marine environment in connection with the UN Ocean Conference co-chaired by Sweden and Fiji in New York from 5 to 9 June 2017 (Sustainable Goal # 14: Life under Water), for which Vietnam plans to send a high-ranking delegation, reports the Embassy of Sweden, Hanoi.

They reportedly agreed that they should collaborate and work more closely in the future, not least to raising better awareness of the young population in Vietnam about environment, sustainability and green developments. Waste management on both land and in water are key issues.