Connecting to International Women’s Day Finland’s Ambassador to Thailand, Satu Suikkari-Kleven, had the pleasure of giving a keynote speech to Thammasat University students on achieving gender equality and women’s empowerment. 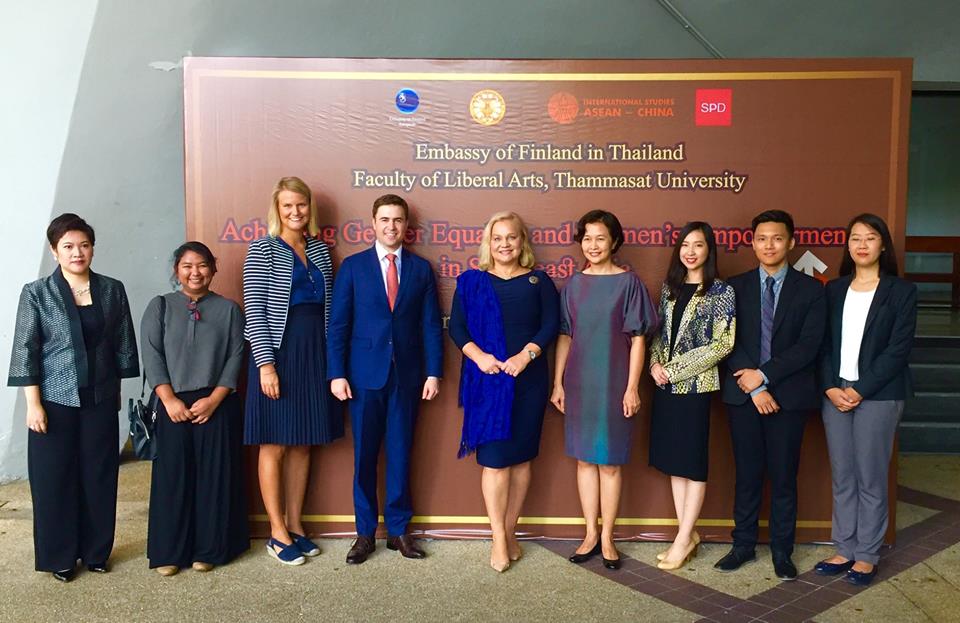 As a diplomat from Finland, gender equality is not only deeply rooted in her DNA, but also in her work, as gender equality is a foreign policy priority for Finland, she noted. Professor Siriwan Suebnukarn and Vice Dean Jiraporn Phornprapha highlighted some of the thresholds preventing gender equality in Thailand and South-East Asia, such as high rates of gender-based violence and women’s low political representation. Ambassador welcomed Thailand’s high rate of women board members and CEOs. Sweden in Cambodia: Education is of key importance