Shijiazhuang is the capital and largest city of the Hebei province, which surrounds Beijing. It is 1 hour 12 minutes by fast train, approximately 270 km from Beijing. This city has rapidly developed during the past 60 years from a railway town to become a transportation hub and economic centre for the Hebei province. It is well known for its pharmaceutical, textile and chemical industries. In the past 30 years its population has quadrupled to its current size of over 10 million people. Regardless of its large size, rapid population and market growth rate, it lives in the shadow of Beijing and foreign businesses have little knowledge of this very Chinese city. For this reason, new international brands attempting to enter the Shijiazhuang market experience a warmer welcome and less competition from other international brands. Five years ago in Finland, Charles, originally from Shijiazhuang, China, met Tara, a Finnish-American student. He studied Business Management at the Haaga-Helia University of Applied Sciences while she studied Social Psychology and Behavioural Neuroscience at the University of Helsinki. Their early friendship was dominated by the exchange of entrepreneurship ideas. One year later, Chalara Ltd was established as their first business attempt together.

From the very beginning, Chalara Ltd has focused on international relations. Initially, Chalara Ltd helped foreigner students in the Helsinki area to find employment. Later, Chalara Ltd also began to export products from Finland to China and the USA. Then he business operations of Chalara Ltd took an unexpected turn when Tara and Charles decided to move to Beijing for Tara to study at Peking University.

That summer, Charles started the first Overseas Returnees Club in Shijiazhuang. The formation of the organization and search for sponsors unexpectedly opened up an abundance of opportunities, and helped Charles and Tara to forge many business contacts in Shijiazhuang. During the past year, they have organized several events for overseas returnees and foreigners living in Shijiazhuang, leading to more opportunities in this large city craving an international vibe. 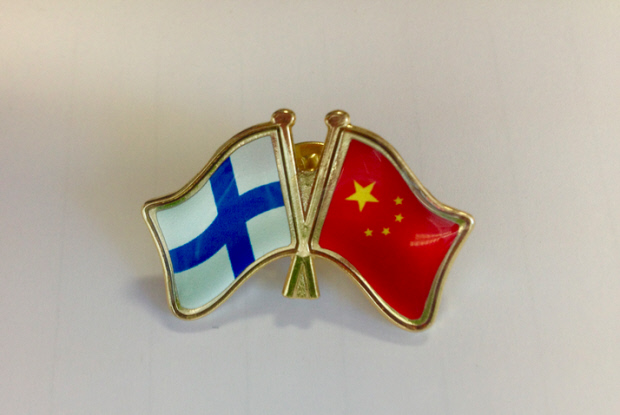 Currently, the goal of Chalara Ltd is to help forge connections between the international and Shijiazhuang business community on individual and corporate levels through the establishment of an International Shijiazhuang platform consisting of over 3000 foreigners and Chinese overseas returnees. Chalara Ltd provides consultation for Chinese customers regarding overseas services such as education and immigration in Europe, and helps local businesses with business development, marketing and event planning. Chalara Ltd is also involved in several international-related business projects. Most recently, Chalara Ltd has been invited to be involved in the establishment of the first Entrepreneurship incubator in Shijiazhuang, which will be located in one of Shijiazhuang’s most central and popular malls owned by the Lerthai Commercial Real Estate Group.

Even before China had opened its doors to the western world in 1978, many countries in world had established cooperative relationships and the course of history had been forever changed. Working in the fast-paced business environment of China, Chalara Ltd has also learned that cooperation is essential to business. We look forward to all opportunities and cooperation in the future.