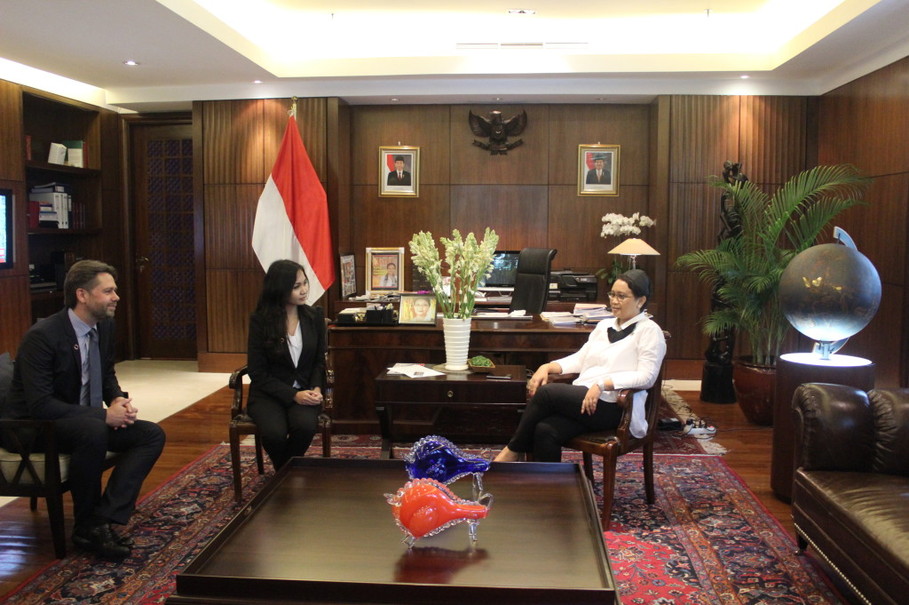 How is a typical day for an ambassador?

Syarifah Reihana Fakhry is the right to ask, when it comes to be the Danish ambassador of Indonesia. The Danish Embassy crowned the Indonesian university student as acting ambassador for one full day, after she won a contest hosted by the embassy dubbed the “Ambassador1Day.”

“The idea is to give university students an opportunity to experience firsthand what the life of a diplomat in Indonesia is like, to demystify a bit what diplomacy is all about,” said the real Danish Ambassador to Indonesia, Casper Klynge.

Syarifah Reihana Fakhry was given the chance to complete a day’s agenda of the ambassador, including meeting with representatives from the Danish business community in Indonesia and Indonesian Foreign Minister Retno Marsudi.

Accompanied by Ambassador Klynge, the three discussed how to further strengthen bilateral partnership between Indonesia and Denmark.

After the meeting, the ambassador-for-one-day also met with officials from the Ministry of Energy and Natural Resources to discuss energy partnership as one of the leading fields for Indonesia-Denmark cooperation.

The embassy’s entourage followed a strictly schedule, and after the meeting, they headed to the Indonesian Military Headquarters in Cilangkap, East Jakarta, to meet with the Navy Chief of Staff, before visiting Jakarta’s temporary landfill and waste recycling unit in Bantar Gebang, Bekasi.

Both “ambassadors”, Syarifah Reihana Fakhry and Casper Klynge, remarked that Asia’s largest landfill is a living testament of the challenges that Jakarta is facing to develop its waste management.

Currently, Jakarta is trying to adopt Waste-to-Energy technologies under the Danish Development Program on Environmental Support to Indonesia.

The third Ambassador1Day program has also awarded the winner with a two-week visit to Denmark, where she will meet with officials from the Danish Foreign Ministry, the Danish Navy and representatives of major Danish companies.