The Danish fashion brand Soulland, held their grand opening of the first store outside of Copenhagen, yesterday, May 22, at the upscale Central Embassy Mall in Bangkok.

The red carpet was rolled out for celebrities, socialites and who’s who in the fashion industry, as the internationally acclaimed Danish brand opened its flagship store. Soulland’s design esthetics is rooted in traditional Scandinavian craftsmanship and reinterpreted with a modern flare. 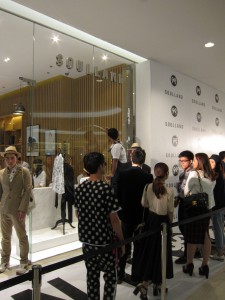 House DJ and live music was playing, while canapes was served with free-flowing champagne, for the people that made their appearance.

Soulland is the first Scandinavian clothing brand for men to open a flagship store in Asia, and Co-Founder and Creative Director, 28-year-old Silas Adler, was excited about their Bangkok invasion.

“It made perfect sense to open here in Bangkok, once we got the opportunity. There is a big focus on fashion and style here, and it is a place where they are very open minded towards adaptation and new players on the field, “ he said.

The prices for Soullands gear are set at almost twice as much as in Denmark, which was necessary to position the brand amongst high- end fashion competitors neighbouring Soulland at the Central Embassy mall – Bangkok´s version of Soho in New York, according to Silas Adler.

“There is also a very individualistic sense amongst the Thai´s. They are very good at combining their own style, rooted in Thai culture with the different western designs. It makes the level of style very interesting and inspiring.”

The Copenhagen style cafe Granola is adjoined to Soullands shop at the Central Embassy mall, as a part of the business concept, so shopping and lounging becomes an integrated concept and lifestyle at the newest Danish-designed fashion outlet  in Bangkok. 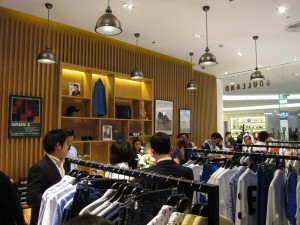