18 years and having worked under seven ambassadors at the Embassy of Sweden in Singapore, 22 years with Swedish Business Association Singapore (SBAS), and residing in Asia since the early 1970’s. We are talking about a person with a track record and dedication of sorts! ScandAsia got the chance to sit down with a true expat who has been around and part of the Scandinavian community scene in Singapore longer than most other people. It was about time that we got to look back at the life of, for so many, a familiar face and wonderful person, and to get her view on living in Singapore and its fast-paced development. She is of course Mrs Gunilla Daintry!

“I have had two very interesting jobs; the embassy, together with promoting Sweden on one side and then Swedish business on the other,” Gunilla summarizes her job career, while she is still the Executive Director and Office Manager at SBAS.

Unlike the typical diplomat who moves back and forth between the home country and foreign missions she also managed to work for the same embassy for nearly two decades – until she reached the age limit allowing employment by the Swedish state.

“It was never a question of going anywhere else, and the reason that I had this job was that we had moved here with my family and our children. So I became locally employed and continued with that,” she says and expresses gratitude: “We have been very fortunate with my husband’s work that we could remain in Singapore all the time.”

Her husband still runs his own business and travel frequently in the region. The two actually met in Japan where Gunilla had started off her foreign adventure back in the early 1970’s. Her husband is British, from an old rubber plantation family in Malaysia dating back to early 1900s.

“In Japan, I packaged milk and he packaged whisky!” smiles the Swedish expat.

She had been working as secretary for the Executive Board of Tetra Pak back in Sweden when she, in 1971, got the question if she would like to go and work abroad in Mexico City or Tokyo.

“I thought that Japan sounded very interesting and accepted the offer.”

Gunilla worked there for five years and met her future husband in the process. In 1977 they had their first child, and their daughter and son are by now grown-ups. 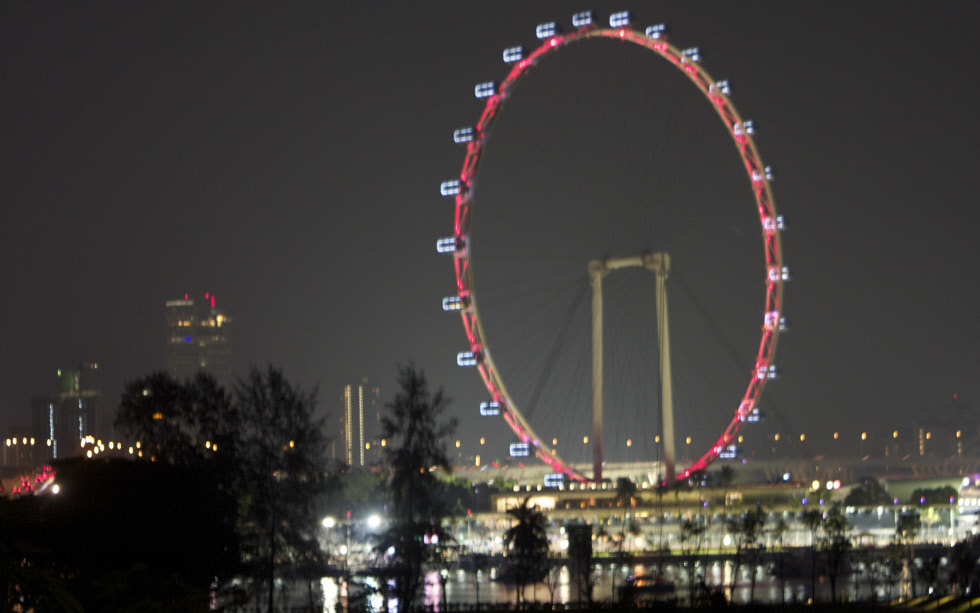 After that they had stints in Hong Kong and Malaysia before settling down in Singapore where their children grew up.

Our son is a lawyer, in Dubai, and our daughter is married and working in Brazil. She is married to an American diplomat and is there for another year.

“I have travelled a lot recently since I have my children in other parts of the world, and in particular now when we have a grandchild, so those things make your life change, with a new chapter in your life.”

Raising a family in Singapore she, like most others, thinks is great.

“Everything works, and it’s safe. When you have small children growing up in Singapore you never have any insecurity concerning what happens when they are out at night. You are much more concerned back in Sweden.”

Gunilla was very worried when both the children were sent to Sweden to study at Sigtuna boarding school as part of their education. “You’ll have to be careful, Sweden is not like Singapore,” she had warned her teenage daughter. The family owns a house along the coast in Mölle, north of Helsingborg.

“And the grown-up children say that there will not be a summer when we do not go to Sweden, so we stick to that.”

They also keep the Swedish cultural traditions alive within the family, now also adopted by her husband and their children.

During the decades in Singapore Gunilla has also seen and experienced Singapore’s development into the modern, hi-income nation it is today.

“It has changed enormously, only that when you live right in the development you don’t notice it in the same way, as if you are away for ten years and then return. But the landscape has changed completely here and when you fly over Singapore you can see how it has spread out with all the landfills. One can see that there are less and less green areas. Before, you had large land areas with greenery. You don’t have that anymore in the same way. And the city continues to grow also underground, so you increasingly have malls underground. And the same with restaurants; that has also changed, when we arrived you had no stand-alone restaurants; they were all in hotels!” Gunilla reflects.

The public transportation network (which is still growing) she thinks works very well. 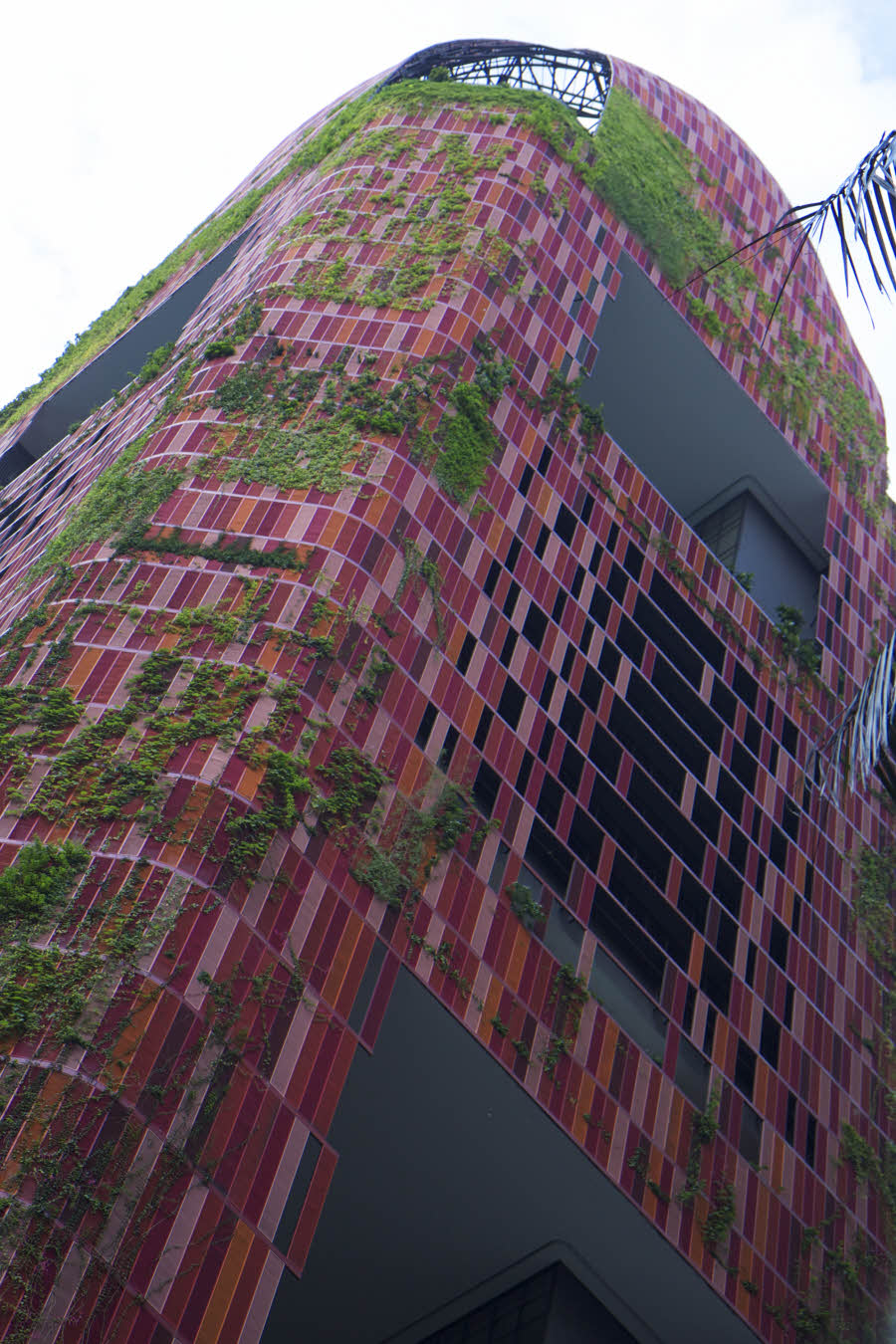 “The subway network is fantastic, and yet one sits in traffic jam, which is strange given how much it costs for a car here! The Government wants to reduce the number of cars but the numbers have still increased compared to previously and still seem to do so.”

“It has changed a lot but it has been incredibly nice to live here but one must be able to like where one is; when I am back in Sweden I love to be in Sweden and I feel I don’t want to go back to Singapore, but I feel at home when I get back here, all the same.”

During her time at the Swedish embassy she had a double role; one as personal assistant to the ambassador, arranging all his or her external meetings, and also responsible for information; promoting Sweden. And simultaneously she worked for SBAS.

“The roles had interexchange, I could inform the embassy about many Swedish companies that we got in touch with and vice versa; if someone was about to start up something, coming to talk to the ambassador I could then inform SBAS that a new company was on its way in. So that was a win-win situation to be at the embassy – back then at least.”

She points out that today Business Sweden also has an office in Singapore, which is relatively new.

“Earlier the commercial section at the embassy handled everything regarding trade and export.”

At the embassy Gunilla organised Sweden promotion events, mainly in the cultural field where she was, among others, involved with design exhibitions and Swedish film festivals. 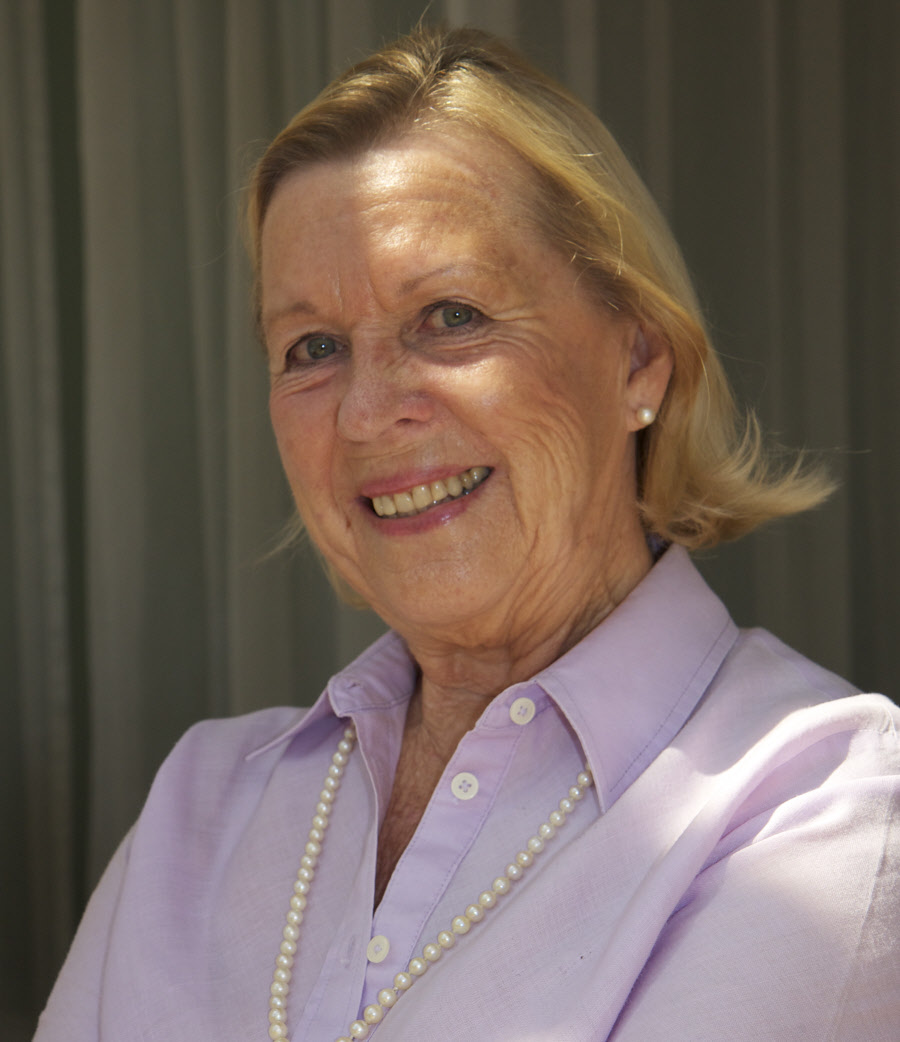 “The film festivals were very successful and these were arranged together with the Swedish Institute and the Singapore Film Society. Film was an excellent medium to reach out to Singaporeans who around 2000 had the most cinema seats per inhabitants in the world. This proved a fantastic way to promote Sweden”

In 2012 she was awarded Swede of the Year for her services to the Swedish community.

Retiring from the embassy in 2013 however did not mean that she has been resting on her laurels. Gunilla is the kind of person that always wants to have something that keeps here busy.

Since Gunilla left the embassy in 2013 she has continued working with SBAS.

“Activities on SBAS agenda include seminars with expert speakers on business themes that are relevant to the Swedish business community in Singapore. Some seminars have a more local angle, while others cover broader Asian or Scandinavian related topics. SBAS has during the years hosted a large number of prominent speakers.”

SBAS has also been involved with the Singaporean exchange students studying in Sweden. Around 1998 we started to invite the students who had been to Sweden to the Ambassador’s residence – gatherings that continue today.

“These students proved to be the best ambassadors for Sweden as they all loved everything Swedish. Later on various Swedish companies were invited to these gatherings to encourage talented students to maintain close links with Sweden and to look for options in joining Swedish companies.” Recently Gunilla suggested to the Chairman for SBAS, Jan Djerf that perhaps it was time for here to quit. Jan would however hear none of it. ‘Out of the question!’ he had replied. So she had accepted to continue as long as he is remains the Chairman and then hopes to handover her role to a new person over the next 12 to 18 months.

“I enjoy the work very much, and the laptop has allowed me to stay on top of my SBAS responsibilities, even though I travel out of Singapore much more than I used to.

Once she eventually quits her role with SBAS she says she will probably spend that time with the family. But who knows when that will be! Gunilla seems as energetic as ever!

Aside work duties she has focused on other social activities: “It has been my social life, playing tennis and meeting my friends whenever I get the opportunity.”

She says she might also join the Scandinavian Women’s Association again.

“I was in SWEA, in the beginning when it was started. But when you work you don’t have time with these associations, and you grow older and the SWEA women just get younger.”

“But I have always been active doing something. When the children were smaller, I worked for the Cheshire Homes in Malaysia and also did telephone counselling for the Befrienders. When I came to Singapore I did volunteer work for the UNHCR. At the time we had Vietnamese boat refugees in Singapore; in a camp in Woodlands I assisted those who had been selected to continue to Sweden. I helped them on their way with the Swedish language and conveying some of the expectations upon their arrival to Sweden.”

One also has to conclude Gunilla is living proof that age does not matter that much! How does she stay fit?
“I go to interval spinning Saturday mornings and kettle bell; exercise with weights at the Tanglin Club where they have a fantastic gymnasium. I stay disciplined – even if there is resistance to go and do weightlifting on a Monday morning, the worst one can possibly do, in fact! But once you come home you feel light!” 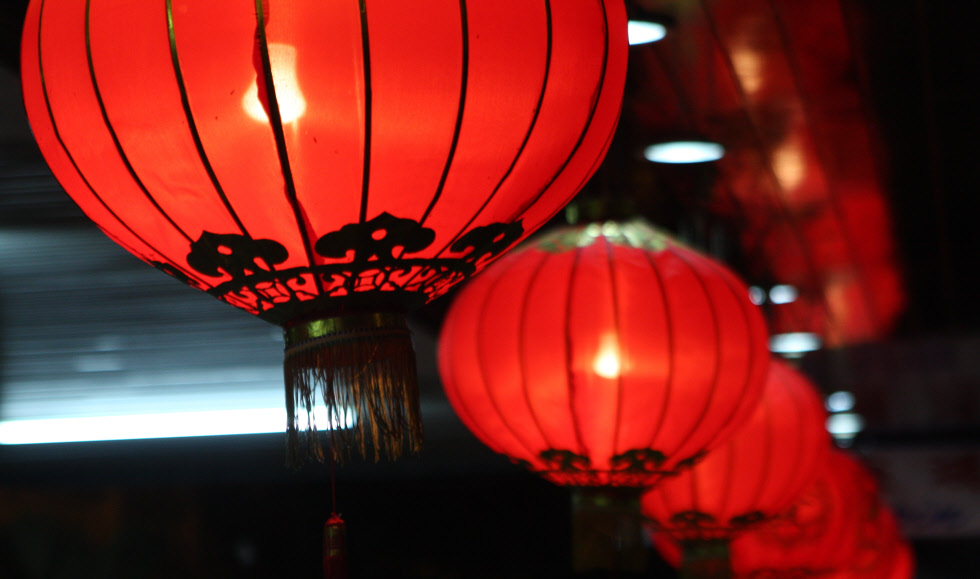 With her husband she also frequently visits the Botanical Gardens and MacRitchie Reservoir Park for 5-kilometre power walks on Sundays.

And, last, we must not forget business!

“There have been ups and down in terms of SBAS members. Earlier it was the major corporations that had not yet established themselves, but have now done so. Many new companies came to Singapore early in the new millennium. Then the numbers stopped and went down. Now there are different people and types of companies coming in; recently we are seeing for example more entrepreneurs here. There are also many SMEs who have arrived, where you may have only a few employees.”

In addressing the increasing digitalisation of society and the business she feels that SBAS will need to do something, but the board has not decided what.

“Partly it is about start-ups. We will need to do something to support them; many needs to meet like-minded people and it would be good if we could also match them with Singaporean companies.”

“Also ideally we should become more environmentally friendly, by starting some programme for the environment. We have discussed how we could as an association influence our members, regarding sustainability.”

And whether SBAS can ride on the wave of the positive result from the first Sweden-Southeast Asia Business Summit held in Singapore last year, Gunilla thinks that they could absolutely do so.

One thing they have decided to do is an overhaul of their online presence, including becoming active on Linked-in. That is on the agenda in 2017.

“But it’s a matter of if we have capacity to do that and it lies with the Board to decide on what to do and the future direction SBAS should take.”