The Swedish hotelier Jonas Sjöstedt who is enjoying a successful career with Centara Hotels & Resorts in Thailand has been, more or less, on a jungle trip for nearly two years, as the job brought him on new adventures to the island of Koh Chang – a very big contrast to the tourist throng that is Patong, Phuket, where he was previously posted. This national park island stint lasted until early 2014 when he again change hotel posting, and this time to an even more hectic and large tourist metropolis: Pattaya.

“It was straight back into civilisation from having been out in the jungle almost for two years,” Jonas summarizes the contrast. And also comparing with Phuket he thinks that this feels like Patong but fifty times its size.

Going back in time
But first he looks back at the move from city-like Patong and the opening of the first ever Centra mid-market hotel, to a garden resort sprawling over 40 rai on the much more remote and seasonal tourist island Koh Chang. The posting posed new challenges and moving to a far more tranquil setting of the kind that Phuket also once used to be able to offer.

“Koh Chang was quite cosy; a bit of paradise island where one could go somewhere and be on one’s own, so it felt like going back in time,” he reflects. By moving from one island which Jonas had made his home, initially seasonal since 1998 and then permanently, to another, he has learned that Thailand’s resort islands can mean very different things. Pace of development is one: for good and for bad Koh Chang is much less developed and more untouched compared to Phuket’s ever increasing population, hotels and tourist numbers. In fact most of the island remains dense, mountainous jungle as part of the national park.

With city facilities lacking and its remoteness mean that the elephant island is much less appealing to the average Thai as a career within hospitality. Thus, finding enough qualified staff, on an already highly competitive labour market within the Thai tourism industry, poses a big challenge for operators on Koh Chang.

“For Thais it’s no high status to come and work on an island.” “Also, when you want to run a five-star resort you must also offer five star service. In order to have that you need great staff, and in order to attract them over to this island one must increase salaries and incentives. And at the end guests must pay so all in all it does not match well. It was very challenging to find staff actually. I noticed one had to work hard to entice quality staff to come there.”

It takes Thais away from their comfort zones and air-conditioned city hotels and shopping malls out into the constant tropical heat, where one is exposed much more to the elements. Koh Chang so far offers no shopping centres and none of the fast food restaurants and other conveniences that Thailand’s urban areas can offer.

“Thais want more comfort, and it’s not always seen as attractive to work out in the sun, as they mostly strive to be white – on the contrary to us westerners.”

Spearheading management takeover
Overseeing the rebranding of the property into a four-star Centara Koh Chang Tropicana Resort, and the management takeover by Centara Hotels & Resorts in late 2012, also posed new challenges and where he could very much further his experience.

“The first nine months felt rather like nine years,” he jokes. “I got my first grey hairs there. But it was enormously fun and eventful years on Koh Chang, I must say. The environment was quite a contrast from my previous hotel where we only had a few plants on the rooftop.”

It is a well-known hotel since over ten years and one of the largest resorts on the island. It’s tropical garden with some 150 different plants and trees spreads over the vast area. The other significant difference with the elephant island is the pace, and that includes how businesses operate: less attentive and with absolutely no rush.

Enter Centara Hotels & Resorts with its guest followers and branding guidelines that GM Jonas had to implement.

“It was a large challenge, especially regarding staff, and getting them to follow our direction.”

For Jonas it’s the second hotel where he has been able to take part in the rebranding of a hotel. He first joined Centara when they bought and took over the former Jiva Resort, a Scandinavian favourite on Kata Beach, Phuket.

“Centara’s strong side here after entering the Koh Chang resort was to upgrade the resort and do more for families. We changed from twin bed to two double beds, so families with two small children can stay in the same room. We upgraded all the facilities for children with a new kids club and adventure playground and installed a waterslide to the large splash pool. The whole activities programme was also expanded to have something on offer every hour throughout the day. Then we have also upgraded and renovated, aside on-going upgrades of the rooms, also our restaurant and kitchen and started many buffet- and theme events.” 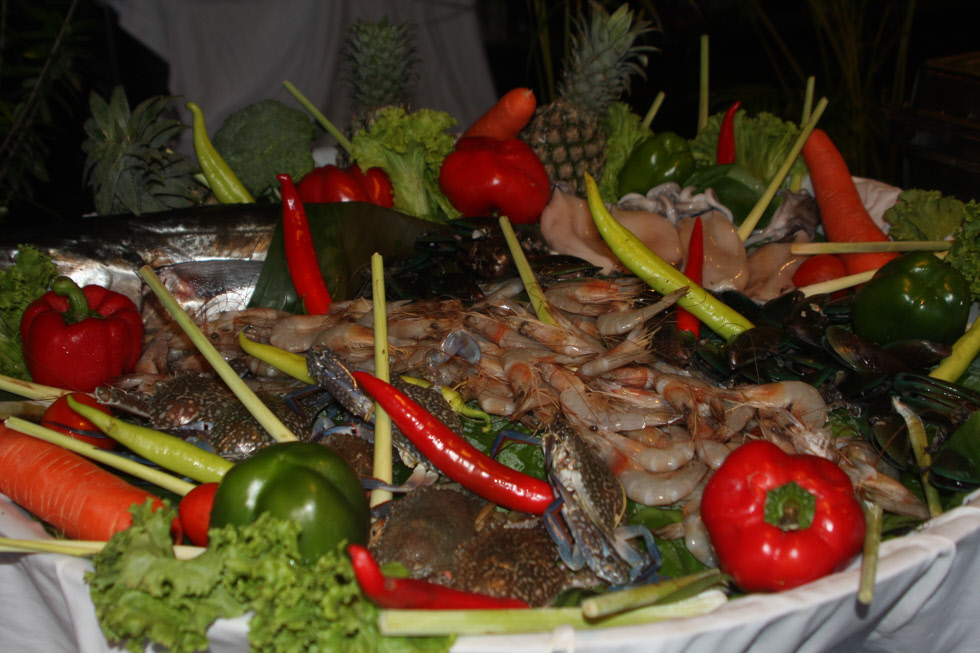 Jonas was also proud of being able to present dishes from the resort’s very own organic chef’s garden. Furthermore the spa was upgraded into the own Spa Cenvaree.

Guests to the resort have Swedes and Danes ranking 4 and 5 respectively during high season, while Russians take the top spot. Many Thais, who are strong brands followers, come for weekends.

From laidback to fast-paced
With the move to Pattaya the contrast could not be more striking: from a chef’s garden on very verdant premises and a laidback mode to a fast-paced Eastern Seaboard seaside city with an amazing growth.

Recently married to a Thai lady his wife she is especially happy to be back in a happening place while a new, bigger challenge keeps Jonas busy, now as the GM for two hotels: Centara Pattaya Hotel and Nova Hotel & Spa Pattaya, Centara Boutique Collection. “Normally a general manager spends two years in each hotel, because once you’ve been in the hotel and done your thing for two years, someone new must almost come with new energy and different thinking. It was the right stage for me to move on – we had just finished the second peak season, and it was time to plan the next renovation, so that was a good moment to hand over.”

“This position is a good step forward for me – coming to two operations is a large challenge in itself.”

“Then, I arrived in the middle of the latest Thailand crisis. When I arrived we where supposed to have 90 per cent occupancy but were then down significantly.”

As for Pattaya itself he thinks it consists in much more than he had anticipated.

“When I first came to Thailand 1998, one could hardly dare to mention it. One has often pictured for oneself the worst scenario – of which I have seen none so far.”

Instead Jonas paints a picture of nice beaches to find at close distance and a wealth of things on offer in terms of lifestyle and dining.

“I like it so far, coming back into the game. And fun to able to have more choices, and good restaurants, and go shopping with a choice of more than one colour.”

“Pattaya is the new Miami; city and beach and with walking distance between everything. And low prices,” he adds – 15-20 per cent lower than Phuket he compares. “For me it feels almost like Pattaya have more opportunity to expand than Phuket. Here are still have new up-and-coming areas and that it is increasingly becoming connected with Bangkok.”

“We are not the most child-friendly, family-oriented hotels. For families we also have the must-experience Mirage hotel. But those Nordic people who want to come to Pattaya for the first time and get an affordable stay and get a good rate they can contact me to get on the our list for resident rates and promotions etc. We have a good location, and are new and with fresh rooms, a pool, free wi-fi, 24 hours dining and spa – plus me!”