In mid-March Ikano’s second in Malaysia, and in total its third shopping centre in Southeast Asia, opened to the public in downtown Kuala Lumpur – MyTOWN.

Ikano has previously launched IPC Shopping Centre back in 2003, followed by Mega Bangna in Bangkok.

Suitable MyTown is situated, but as a stand-alone building, right next to Malaysia’s second Ikea store in Cheras. In the case of MyTown, it is also a 50:50 joint venture between Boustead Holdings Bhd and Ikano Pte Ltd. 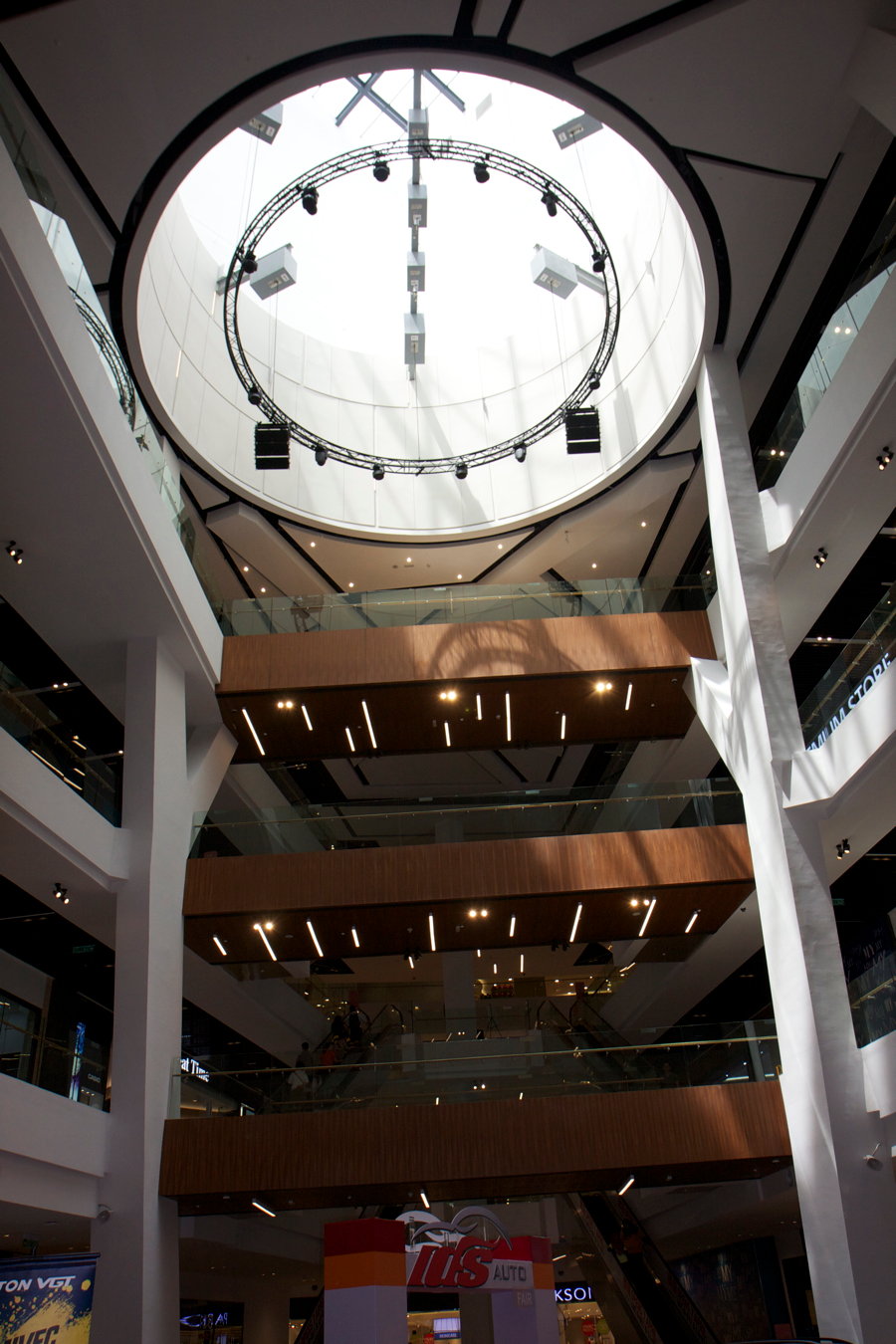 These retail additions are situated in a very up-and-coming area near the inner city of Kula Lumpur and where a new MRT, Sungai Buloh-Kajang Line, will open in July 2017, passing in a tunnel underneath MyTown and with direct access to its Cochrane station (this MRT is also passing Bukit Bintang).

Being the place where their vision “to create a better everyday life for the many people” comes alive, Ikano, in connection to its opening, promised that MyTown would become “A great place for shopping, dining and meetings for family & friends”. It is a sun-lit mall that features 1.6 million square feet of retail space, an alfresco dining area, and an outdoor park.

This concept that constitutes yet another shopping centre may sound like very simplistic, but ‘hanging out’ is certainly a key aspect as the Swedish General Manager Joakim Hogsander explains when he, a few months into the opening in April 2017, welcomes ScandAsia on site.

“We are still in an opening phase and in the last two weeks I have opened several new tenants,” he explains.

“There is a pattern in Malaysia meaning that the time spent in a shopping centre here is much longer – one can be out in a centre for up to five hours, while the average in Europe is 1,5 and maximum 2 hours. And one eats here as part of that time, as it’s more affordable, in comparison, and you have the whole range, with all types of prices and the whole span of tastes catered for.”

“In my last shopping centre in Russia I had 6-7 per cent food and beverage while here in Asia it sits at between 20 – 30 per cent of the total rental space – so that is high. And the trend is going towards getting more F&B. IPC started small scale, and had a lot in the end. Now they are doing a big refurbishment as well,” compares Joakim.

This high percentage dedicated to dining maybe also helps in tough times like now, when people are likely shopping less, affected by a significant drop in value for the Malaysia currency and a new VAT tax on consumption.

“That did not help. And the world economy is a bit shaky right now.”

And yet every month their figures are improving. “We could certainly have started with higher sales but we are still on the plus side, concerning the whole investment model. We are not making a loss, and you cannot plan for 3-5 years; you’re talking up to 40 years – it’s a long-term investment.”

Ikano Southeast Asia’s newest stake at shopping malls specifically target and expect to see high to middle-income earners. “On the other hand, we have everything so there should be something for everyone to appreciate.”

Describing the up-and-coming Cheras location Joakim portrays it as very close to the centre. “But you are also seeing enormous expansion around us, with construction at the opposite side of the road, and the new MRT train line with a station that will be just nearby, in a tunnel, and with direct access to MyTown.”

“Ikea Cheras opened in 2015 while I was at IPC. And you can say they broke ground for us; they are well known by now and are increasingly being so as days go by. And that is a big advantage against all others, as there is high footfall (number of visitors) in Ikea generating customers into us, and when MyTown will reach high footfall we will generate customers to Ikea, so it’s a win-win concept” says the Swede. “But it’s my neighbour; even if we are directly connected we have a clearly defined space between us showing that we are two separate businesses.”

There will also be more shopping centre competition in the vicinity, which of course will draw more visitors to the area – and benefit the different retail players.

Compared to IPC the downtown mall is much larger, 400+ tenants once filled up, (compared to 140 in IPC), however half the size of Ikano’s shopping center in Thailand, MEGA Bangna, situated in Bangkok and with 800 tenants.

The rest of 2017 Joakim and his team will spend on increasing the footfall and get more customers into the building. All is focused around that, but also to get more tenants. And it’s not only to say here you have a premise; you need everything from them getting the right license, and get sprinkler system installed and approval for opening.”

A number of skilled teams behind the scenes take care of this, overseen by Joakim.
“We have had so many tenants opening simultaneously so it has become an enormous crash course.”

“My strength is the operative side, perhaps not so much, even if I have done that too, being centre manager. But it’s more about building up teams and working in sync and with the same goal. I have lots of very professional staff, having worked within their areas on previous positions, so it’s a matter of getting these team members in the five departments to work as one single entity and not in five different directions. Once I have accomplished that I’m sure there is someone else who can do my work much better – to generate more people into the building and to become more known!”

From Yekaterinburg to Kuala Lumpur – this is Joakim’s IKEA/Ikano journey so far. He started off with IKEA Shopping Center in Russia in shopping center MEGA Yekaterinburg back in 2006, beginning as a trainee for operations and marketing.

“After ten month I was moved to Rostov to become the Operations Manager for MEGA Rostov, ensuring that the facility operated well and I worked there for 2,5 years.”

He then ended up in a place that few Swedes ever visited: Bashkortostan, a Muslim republic in Russia – where he spent five years as Center Manager for MEGA Ufa! 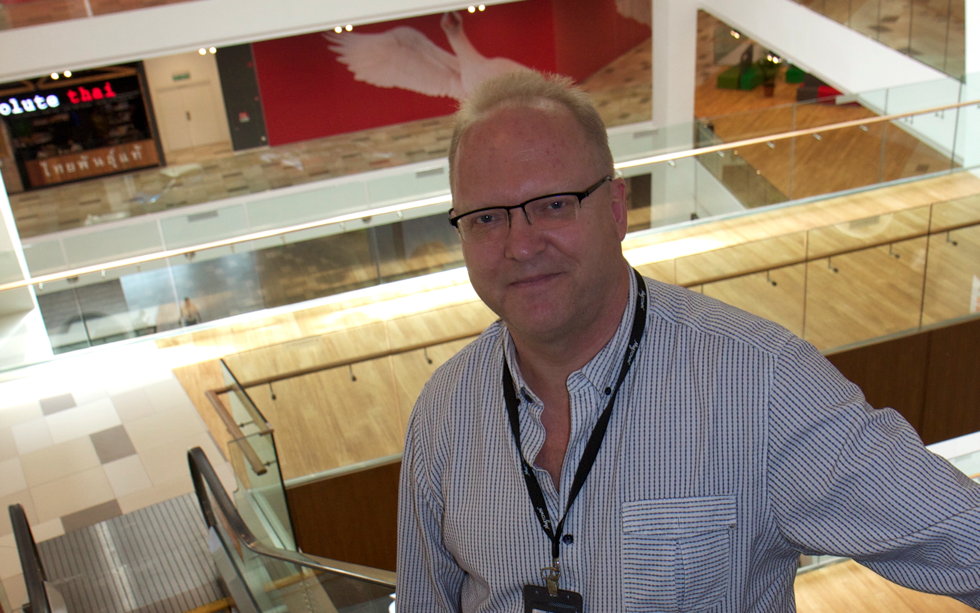 “I do not feel comfortable to be in the same place for too long. I get restless, and then I was offered a position here in Malaysia since expansion here is moving forward at rapid pace.”

Joakim says he is one of around 50 people, out of several hundreds of foreigners that worked in IKEA Russia, who learned the language (most of them only to the level of being able to give directions to the taxi driver etc.). In his case he was “helped” by the fact that he ended up marrying a Russian lady who did not speak a word of English.

“I still speak very bad Russian, but now I can make myself understood. I learned because I married a Russian woman who never gave up in her effort to teach me.”

Joakim ends with a thought on having a working career abroad like this, describing it as living the dream.

“Many among us being over here are fortunate, but we have also actively taken the step to change our situation to where we are today, and I can really recommend others to take that step. It is not always so comfortable, but if I had not done it I would have lived a much more boring life and would never have seen so much that I have and learned so much. Sweden – it comes out like only a dot on a larger map today!”

And to improve on one’s business skills he says it is a question of finding out by taking that step. “Only then you can begin to see: I have my weaknesses but also my strengths. And it is all a matter of taking the opportunity.”

Malaysia, Joakim says, is a very good country to start out in, as its level of English is very high compared to most other countries.

“I have my point of direction but where I will be in the future I cannot clearly say since nobody thought, not even me, that I would be sitting in MyTown 1,5 years ago either!”