At the inaugural Sweden–Southeast Asia Business Summit, held in Singapore on 21 – 22 September the numerous attendants from Sweden as well as the region were welcomed by Sweden’s Ambassador to Singapore, Mr Håkan Jevrell, Mrs Ylva Berg CEO, Business Sweden – the Swedish Trade and Invest Council, and Mr Jan Djerf, President, Swedish Business Association of Singapore (SBAS) and Team Sweden Singapore representative, who all gave their opening address. 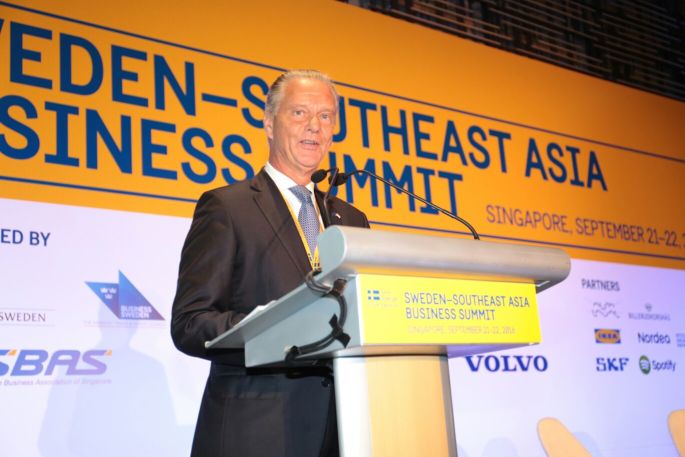 Jan Djerf looked back to 1982,as the Swedish Business Association in Singapore has been active ever since, “providing Swedish businesses a common ground to consolidate business networks and open more doors for collaboration in the local and regional business scene. This includes arranging Business Delegations from Singapore to numerous ASEAN member states.”

He pointed to that there are now more than 250 Swedish companies established in Singapore.

“As global economies turn toward Southeast Asia to seek growth opportunities, it is all the more significant for Swedish businesses to work in tandem with each other in order to generate more effectiveness in driving the growth of Swedish businesses within the ASEAN region,” he said in reference to the very first summit, believe this to be one of the push factors,

“We can come together on a common platform for productive discussions and sharing of best practices.”

“This also gives us a chance to strengthen Swedish relations in the various ASEAN member states, he continued, “ASEAN stands as a strategic partner for Sweden and to the European Union as a whole. The importance of regional blocs in today’s trade environment becomes all the more prominent. No one country can withstand today’s turbulent international trade winds alone. There is strength in numbers.”

The SBAS President mentioned: ASEAN is a market of 633 million people and it is projected to increase to 717 million in 2030, according to a EU report. At present, the bloc represents the world’s 7th largest economy and is projected to become the 4th largest economy by 2050. For the past two years, foreign direct investments into the large 6 ASEAN countries have surpassed that of China. 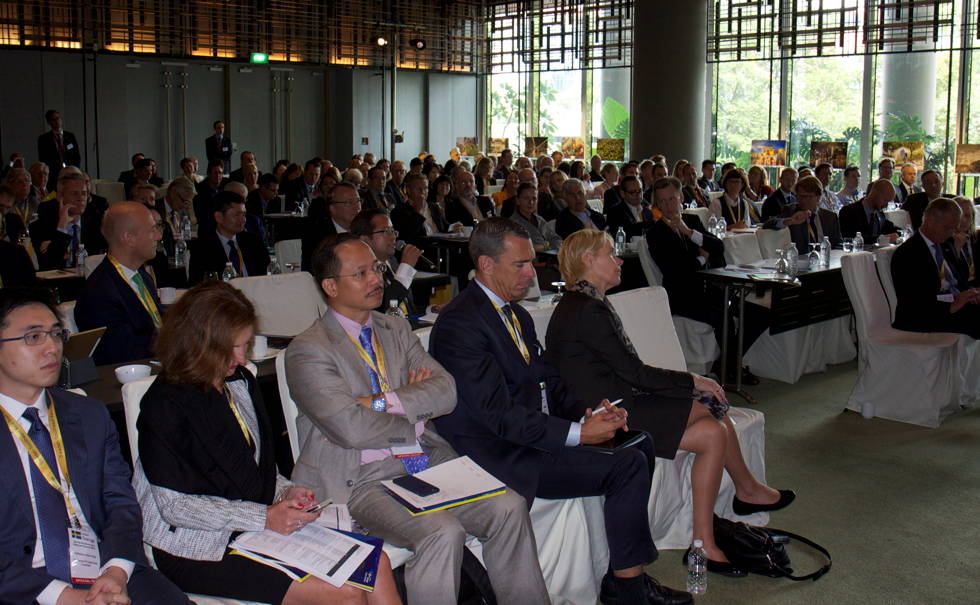 “Such optimism is similarly reflected in the findings of a recent EU – ASEAN Business Sentiment Survey. The results display a bright confidence of European businesses in ASEAN, where almost two thirds of the respondents plan to expand their operations and head count in the region.”

“85 % of the respondents also acknowledged the numerous opportunities when they indicated that they plan to increase their level of trade and investment in the region over the next five years,” Mr Djerf highlighted.

“EU has been actively working towards an EU – ASEAN Free Trade Agreement that would immensely benefit trade for both regional blocs. There are also numerous bilateral negotiations between the EU and key ASEAN countries such as Singapore, Vietnam, Malaysia Thailand and the Philippines.”

“Having said this, it is important to bear in mind that ASEAN is an extremely diverse regional bloc. Not only are there stark differences in standards of living and GDP per capita, but this diversity extends to culture, language and religion. Thus, businesses looking to ASEAN must rethink their business and investments strategies because a one-size fits all option will not align well.”

As first entry point to ASEAN one will instinctively look to Singapore before expanding further into the region he said.

“Singapore, in particular, stands out in the region. This vibrant city state is renowned for its top-notch infrastructure and is extremely business oriented in many respects. In the World Economic Forum’s Global Competitive Index 2015 – 2016, Singapore ranks as the 2nd most competitive economy in the world.”

Thus, this Sweden-SEA Business Summit offers an excellent platform for business owners and key industrial players to gain relevant and novel insights from industry peers across the region through a lively exchange of ideas, experiences and opinions,” he concluded.