On 7 October 2016 the Ming Wai Lau Centre for Reparative Medicine was inaugurated in Hong Kong as the first hub for Karolinska Institutet (KI) outside Sweden. Researchers from around the world will be able to conduct research within regenerative medicine at the new facility with the future goal of being able to replace damaged or lost tissue. By establishing this node in Hong Kong, KI is strengthening its research within regenerative medicine.

The centre represents a solid reinforcement of KI’s research in the field and is expected to open doors for collaborations in Hong Kong and other parts of Asia – but the way there is paved with challenges.

”This is a natural step for KI, given our ambition of continuing to be a leading international university in medical research. Hong Kong is a global hub for research and innovation and provides unique opportunities for collaboration and knowledge exchange. By establishing this new centre, we hope to take a significant step forward in an area that can have important future implications for human health,” says Karin Dahlman-Wright, Karolinska Institutet’s Acting Vice-Chancellor.

Two nodes headed by KI The Ming Wai Lau Centre for Reparative Medicine will consist of two nodes, one in Stockholm and one in Hong Kong. Under KI’s leadership, the centre will conduct basic research using technologies that are relevant for regenerative medicine. One of the primary goals is to develop new knowledge and tools to repair damaged or lost tissue.

“We believe that people who are skilled in this area will be attracted by the new centre. Research today is all about partnerships, especially for newly established groups. Much of the best stem cell research today is being done in Asia, and KI wants to be a part of it,” says Ola Hermanson, Scientific Director of the new centre and researcher at KI’s Department of Neuroscience. Hermanson is to lead six team leaders at the Stockholm node to work on topics relevant to the centre mission.

The centre has been fully funded through a donation from the Hong Kong-based businessman Ming Wai Lau.

The Ming Wai Lau Centre for Reparative Medicine will consist of two nodes, one in Stockholm and one in Hong Kong. Under KI’s leadership, the centre will conduct basic research using technologies that are relevant for regenerative medicine. One of the primary goals is to develop new knowledge and tools to repair damaged or lost tissue. The centre has been fully funded through a donation from the Hong Kong-based businessman Ming Wai Lau.

Early in 2015, the Hong Kong-based businessman Ming Wai Lau donated USD 50 million – equivalent to just over SEK 400 million – to KI for the establishment of a research centre in regenerative medicine.

The research projects in Lau Centre range from biomedical engineering, gene-editing, RNA technology, to the next-generation single-cell analysis/bioinformatics for the advanced development and translation of the specialty areas of stem cell-based regeneration of the heart, liver and nervous systems.

Looking into the future, the research can be relevant to the treatment of diseases such as severe heart failure, liver failure, spinal cord damage and Parkinson’s disease.

Ronald Li, whose expertise is in cell-based heart regeneration, serves as the executive director based at the centre located in the Hong Kong Science Park. International recruitment of four team leaders, along with 50 staff, is close to completion or in progress.

Hermanson and Li have been working closely together, and will ensure that the two nodes synergistically interact.

“I have deep belief in the impact that stem cell research will bring to the medical field and the human race as a whole. Hong Kong is equipped with all the favourable conditions to become a regional hub in this highly specialised area and I take great pride in supporting this meaningful initiative,” says Lau Ming Wai, donor of the new centre. ‘The establishment of this centre in Science Park will provide the intended practitioners in Hong Kong a springboard to take their research projects to the world stage in reparative medicine.” 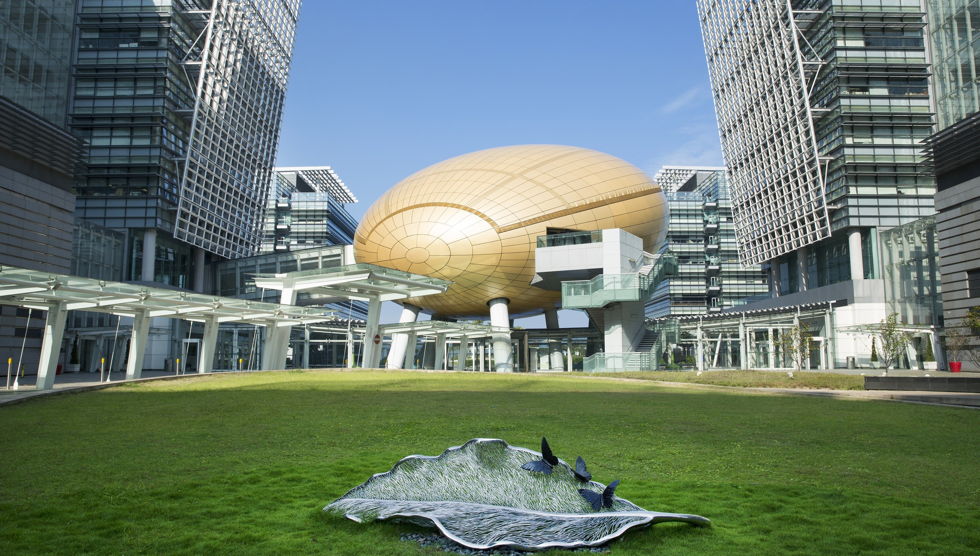 Karolinska Institutet is one of the world’s leading medical universities. Its vision is to significantly contribute to the improvement of human health. Karolinska Institutet accounts for over 40 per cent of the medical academic research conducted in Sweden and offers the country´s broadest range of education in medicine and health sciences. The Nobel Assembly at Karolinska Institutet selects the Nobel laureates in Physiology or Medicine.

“We’re creating a research embassy in Hong Kong. It’s so exciting! Area-wise it’s like a little Biomedicum section with room for up to 50 researchers,” says Ola Hermanson, scientific director of the new centre and researcher at the Department of Neuroscience.

The Lau Centre will focus on basic research concerning technologies of relevance to regenerative medicine, such as RNA technology, singe-cell analysis or genetic engineering.

The donation is to cover activities for five years, with an evaluation after year three.

“By that time I want to see the groups in Hong Kong maintaining a high degree of quality in their research and interacting well with their Stockholm colleagues. I hope that one day this will be a permanent, autonomous centre not unlike a department at KI,” says Dr Hermanson.

The centre represents a solid reinforcement of KI’s research in regenerative medicine, according to Agneta Wallin Levinovitz, the centre’s scientific coordinator. But it also creates valuable opportunities for cooperation between not only KI researchers with Lau Grants and researchers at the Hong Kong node, but also KI researchers and colleagues at other institutions inside and outside Hong Kong. The University of Hong Kong has also received a donation of some SEK 115 million for collaborations with KI in the same field.

“The Lau Centre will be the hub of a global research network,” she says and adds: “This is the first time a Swedish state-run university has established a branch in another country. Much time is being spent on making sure that we’re going about things properly, and there’s often nothing to guide us.”

But as Marie Tell, administrative manager at the centre and deputy university director at KI, points out, one major challenge will be making sure from across the other side of the globe that internal control works as it should:

“It’s a matter of recruiting the right local people and giving them a good introduction to KI’s rules and regulations concerning both administration and research. I believe that it’s important to create a feeling of belonging to KI. We, the Swedish KI, must have a presence there.” The Ming Wai Lau Centre for Reparative Medicine has recruited assistant professors to join its Hong Kong node. The centre was particularly interested in candidates within leveraging strengths in technologies such as genome editing, single cell analysis, RNA technologies, and biomedical engineering.

Each position came with a generous package for three years with a possible extension of two years. The successful candidates will join a vibrant research environment and develop their independent research activities at the centre in Hong Kong. An important aim is to provide collaborate leadership within the centre and also with KI in Sweden and Chinese scientific communities.