Perhaps it is a generalisation to say that Finnish folk are a resilient race, but my recent interview with the friendly and eloquent Hong Kong-based, Mika Jokela did little to dispel that assumption. Apart from scuba diving and kite boarding, Mika includes ice-swimming amongst his hobbies. Yes, when he is in his homeland during the winter, Mika and his teenage sons head for the nearest frozen lake or seashore and plunge in! This may not be everyone’s idea of fun, but it is exhilarating enough, according to Mika.

I had the pleasure of interviewing Mika recently, albeit remotely during these unusual times. He is a long-term Hongkonger, having arrived, young and single, during the final months of the City’s colonial period in early 1997. Twenty-four years, a wife, two sons and a wealth of business experience later, he has no plans to leave, despite having to adapt considerably to the recent Covid-related restrictions.

Entrepreneurial experience
Mika is the owner of Altcoe Limited, a Hong Kong based company which specializes in providing professional services for ICT and high-tech companies. Altcoe also manages investments for mainly European start-up companies with a special focus in the APAC region. Up until recently, Mika travelled extensively within the region, and it was not uncommon for him to fly to 3 or 4 countries in as many weeks. His clients certainly appreciated face to face meetings but mostly they have adapted to the challenges faced by the current restrictions. Mika certainly misses his business trips, which were often combined with a visit to his house in Bangkok. But he is nothing if not adaptable, and he remains cheerful:

“I am optimistic about the future and my mind set has always been that I try not to worry too much about the things I cannot change but try to make the best out of all situations.”

Early Days
Mika was born and grew up in the southern city of Turku, where his parents still live. He had an enjoyable childhood and fondly remembers spending the long holidays roaming with his cousins in the countryside in the South Ostrobothnia area. This is from where his parents originated, and his grandmother lived.

Mika has always loved being active and in the outdoors. In his youth, he played football and spent lots of time fishing. He even did a parachuting course!

Later, while studying at the Turku University of Applied Science, Mika worked part-time for the Finnish Government’s National Road Administration, planning new roads, and conducting environmental research. After graduating in 1996 with a B.Sc. in Civil Engineering, he realized he wanted to broaden his horizons and embarked upon another course which included a six-month overseas placement with a Hong Kong company. Mika soon found himself in the challenging position of working on the construction of a municipal waste collection plan in the Chinese town of Shilou in Panyu District. This is in Guangdong Province which neighbours Hong Kong. He stood out somewhat as one of very few Europeans in the town at that time.

Staying in Asia
Life in the Far East suited Mika and he accepted a permanent job at the end of the training period. With his base in Hong Kong, he travelled extensively within Guangdong Province, and worked on a variety of projects and gained experience in different aspects of business.

During 1999, after contact with members of Finnish ICT delegations to Hong Kong, Mika became more interested in the ICT field, and began to study part time at Hong Kong’s Open University. This led to the award of Master of Electronic Commerce and the prospect of branching out on his own.

Life Changes
Mika’s life in fact changed in more ways than one during this period. He married his air-stewardess girlfriend Luck, started his own business (Cretum Limited (Hong Kong)) and the couple’s first son Samut was born.

At this time Hong Kong unfortunately experienced the lethal SARS epidemic, and Luck decided it was safer to stay in Bangkok with the young baby and extended family support. (She was born in Thailand from Chinese parents and is multi-lingual and very well-travelled.) Mika kept Hong Kong as his base and concentrated on building up the business.

The following years were hectic – commuting between Hong Kong and Bangkok, flying extensively for meetings, expanding his business acumen, and establishing a family home in Thailand. In 2006 the couple’s second son Sky was born.

Cretum Limited was in good shape, with an office in Central, several employees and numerous contacts and consultants when, in 2012, Mika accepted an offer to sell to a Japanese company. A short while later, Altcoe Limited came into existence. At Altcoe, Mika uses freelance consultants based upon project requirements. Up until the recent flying restrictions he continued to build up his airmiles flying to meet clients around the APAC area. He took regular trips to Vietnam, Indonesia, Singapore, Malaysia, The Philippines and of course Thailand. For the time being though, he has adapted and relies upon ‘remote’ communication.

Hong Kong
Mika speaks highly of Hong Kong. He felt at ease from his early days and admires the business culture found in the City.

“As for running your own business, HK is an excellent place, everything works so well, people are very business oriented and you can get so many things done in one day.”

He also appreciates Hong Kong’s superb location and the ease of moving around:

“I am used to living in a city by the sea and Hong Kong is unique. It is the only big city I have experienced, where, from busy city life in half an hour you can find yourself in nature, with no other people around.”

As well as his ‘extreme’ sports Mika has more mundane ways of maintaining his fitness – hiking the Hong Kong hills and regular visits to the gym.

Finnish Roots
Mika is proud of his roots and regularly visits his homeland, flying to see his parents whenever possible. He has become more appreciative of Finland’s cleanliness and pure air and is still amazed by the extreme changes that the seasons bring. Although he is happy living in Asia there are a few things he misses from Finland such as locally resourced fresh fish and meat, regular visits to the sauna and of course his family and friends.

Both Samut and Sky are trilingual, speaking English Thai and Finnish. Mika makes a point of speaking to his boys in his native tongue in order that they can communicate with his parents and relatives. As his parents have become older, regular contact with their grandchildren has become more of a priority.

Mika and his family are truly international. Samut was studying in Australia but is now back in Thailand. In January 2020 Sky left the family home in Bangkok to study 9th grade in New Zealand. The family are used to travelling and the boys have done so since their earliest days.

When the flying restrictions have subsided, Mika and family will inevitably head to Finland for a holiday, and if it is winter this intrepid Finn and his sons will surely head for a frozen lake!

Ice swimming is not as rare as you might think and there are up to 150,000 Finns who regularly participate. Most swims are under a minute long and are followed by a sweat in the sauna. Benefits include improved blood circulation, a boost in the immune system, an acceleration of calories burned and an increase in the release of ‘feel-good’ hormones. Perhaps it is another factor which has contributed to Finland being regularly rated “The Happiest Country in the World.” 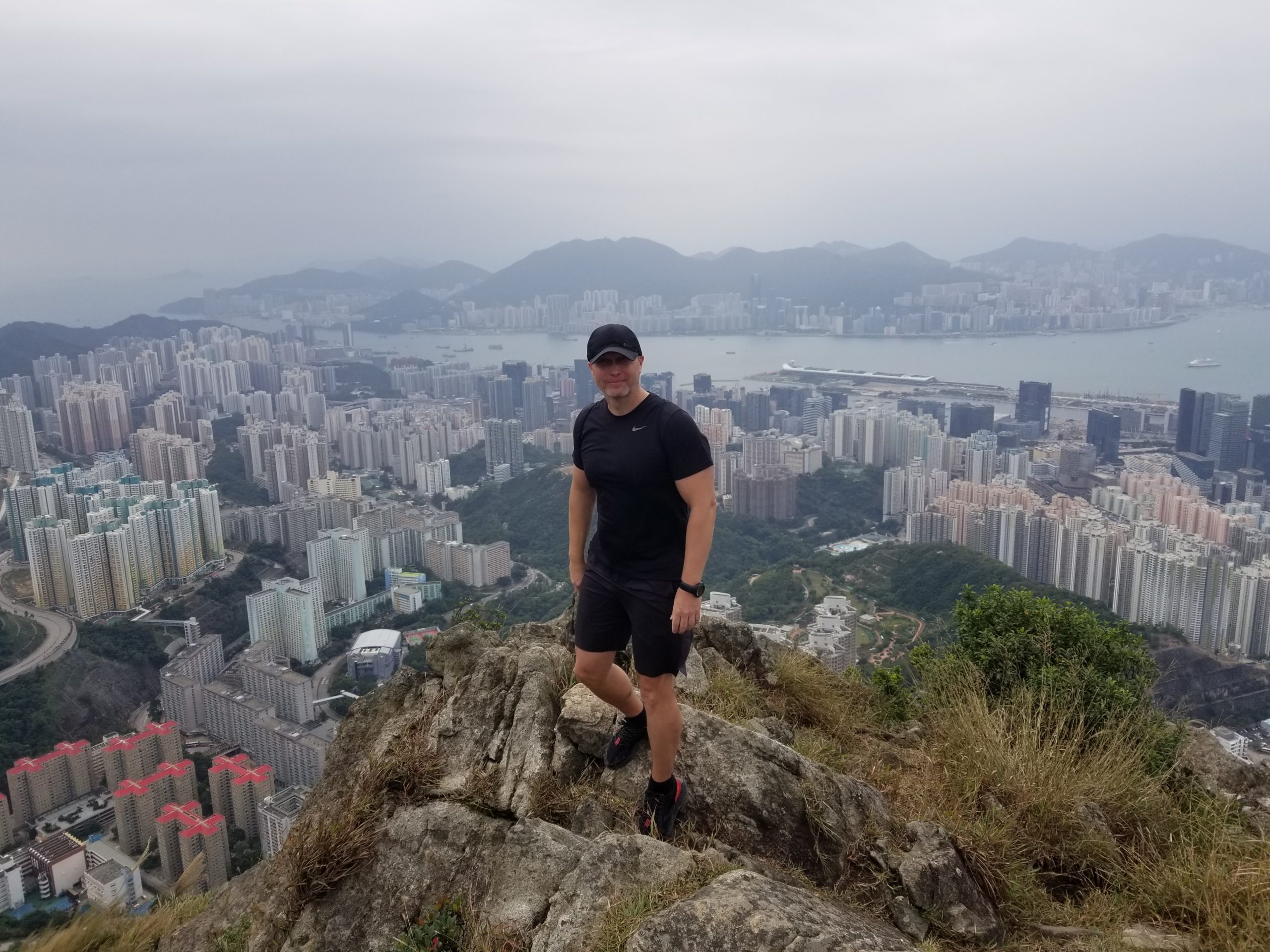