Two militants accused of kidnapping and killing four foreigners in the restive southern Philippines were detained after surrendering to the military, authorities said in a news report on Saturday.

The fugitives were members of the feared kidnap-for-ransom group Abu Sayyaf and have been handed over to police on Jolo island in Sulu province, regional military spokesman Alaric Delos Santos said.

“Their surrender does not extinguish their responsibility for these cases. That’s why we turned them over to the police,” he said.
Abu Sayyaf is a loose grouping of religious rebels, some of them allied to the Islamic State group, which has carried out bombings and ransom kidnappings in the past three decades.

The two suspects – Almujer Yadah and Ben Quirino – have been accused of the November 2016 kidnapping and subsequent murders of German sailor Jurgen Kantner and his female partner and compatriot.

The body of the woman was found with a gunshot wound aboard the yacht that went adrift in the Sulu Sea after kidnappers boarded it.

Kantner was taken to Jolo and beheaded by his captors in early 2017 after they reportedly tried to negotiate a ransom.

The militants also allegedly carried out the murders of Canadians John Ridsdel and Robert Hall, who were abducted in September 2015 alongside Halls’ Filipino girlfriend and a Norwegian man from a tourist resort.

The Abu Sayyaf beheaded Ridsdel and Hall in 2016, but later released the woman and the Norwegian, who were both unharmed. 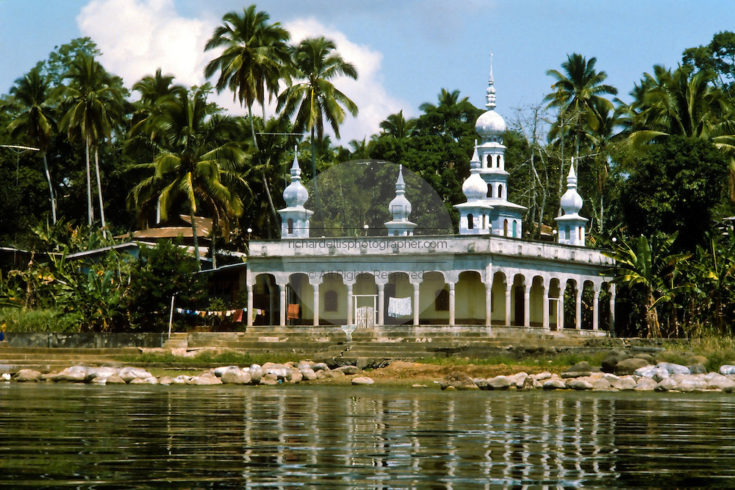 Delos Santos said there have been no kidnappings in the region for the past two years. Only about 20 Abu Sayyaf militants were still operating in the area, he added.

The group is known to have raised millions of dollars in ransoms to finance their armed campaign and in previous years have targeted merchant ships in the south, abducting Malaysian, Indonesian and Vietnamese crewmen.

In May 2017, Abu Sayyaf gunmen along with other pro-Islamic State allies seized the centre of Marawi city, the Islamic capital of the mainly Catholic nation.

It sparked a five-month battle that destroyed much of the city and left more than a thousand people dead before it was recaptured by Philippine forces who got intelligence help from the US military.