A prominent 88 generation student leader Min Ko Naing expressed his views in Norway’s Oslo recently that the 2015 general election is not the ultimate goal for democratic force but merely a milestone. 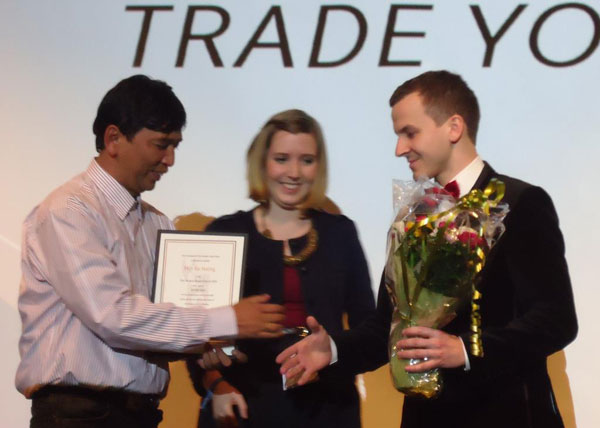 Min Ko Naing and Pyone Cho were on an European tour to Norway for the first time after being released from the prison, and while in Oslo, they met and exchange views with Myanmar community on February 17.

Min Ko Naing said, “No matter what happens (in the coming general election), we must be prepared well in advance in two prongs for the challenges. Some politicians will try their best to win most votes in the upcoming election”.

“Democratic forces (NLD) made landslide victory in the previous election 1990. Winning party was denied forming a government. What will happen if they do not recognize the election results in 2015 general election?”, he asked, “the democratic forces must formulate ways and means to secure parliamentary seats that they deserved.”