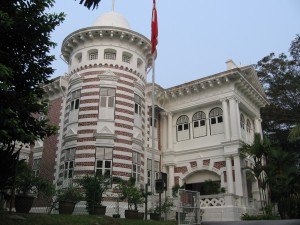 The Danish Seamen’s Church has made a change in staff. At the church service 26th of April, Laila and Søren Sørensen were introduced as the new assistant couple.

Laila, 48, and Søren, 53, are from Midtjylland where they still own a farm. They’re seasoned in the church community, since both of them have worked as church ushers. Laila recently worked as a florist in her own flower shop, which she had for four years.

In a newsletter from the Danish Seamen’s Church, Søren and Laila explain that they took this job because they like challenges and something new had to happen in their lives. They add how much they appreciate the welcoming from the church staff.

Their next event will be the Kick Off for the Julebazar 2015 on May 5th.