The Danish and Finnish embassy took part in Clean Up Bangkok–event by collecting garbage in Bangkok. 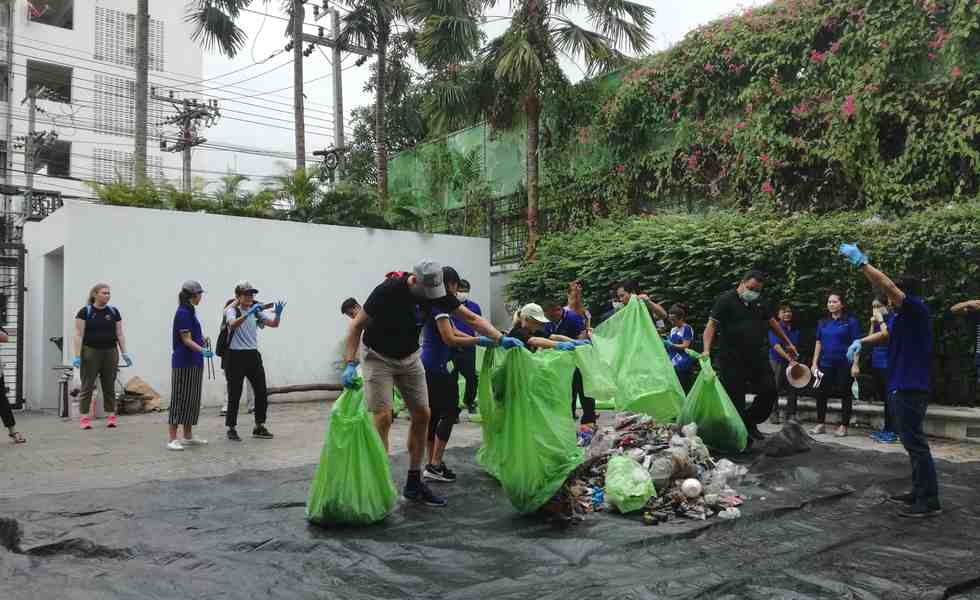 Staff from the Danish and Finnish embassy in Bangkok, Thailand, picked up plastic bottles, cigarette stubs and other sorts of trash in the streets on the annual event Clean Up Bangkok on Saturday 15 September.

Among others, Danish Ambassador Uffe Wolffhechel and his wife took part in the event together with The Siam Hotel and students from Mahidol University.

The event aimed at raising awareness about the importance of environmental preservation and encouraging to use less plastic.

Along with other embassies and hotels around Bangkok, the Danish Ambassador signed a “Pledge on Combatting Plastic Pollution”, which is a promise of undertaking an assessment of the amount of plastic waste generated and instituting operational changes to minimize the plastic waste footprint.